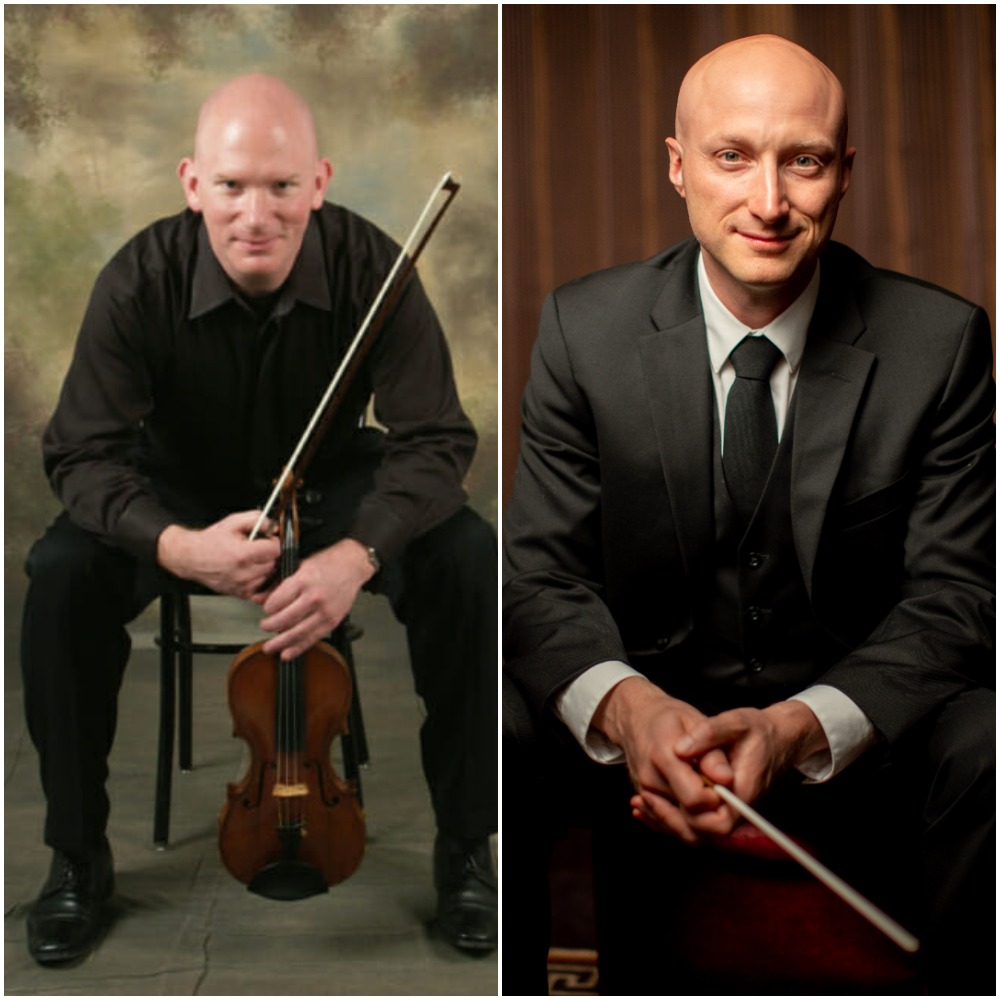 Peter Wilson (U.S. Marine Corps veteran) is an engaging and multifaceted violinist, conductor, arranger, composer, and ambassador of music whose artistry has been noted as “first-class” by The Washington Post. He serves as Music Director of the Richmond Philharmonic and Waynesboro Symphony Orchestras in Virginia and Concertmaster of the American Festival Pops Orchestra in the National Capital Region. Peter is the former senior enlisted musical advisor to The White House, where he performed for three decades as a violinist in support of countless dignitaries, heads of state, senior military leaders, and celebrities during five Presidential administrations. A Master Gunnery Sergeant, he served as String Section Commander for “The President’s Own” United States Marine Band and upon retiring in 2020 was awarded the Legion of Merit by the Commandant of the Marine Corps. Peter has conducted the National Symphony and National Gallery of Art Orchestras and is a faculty member at George Mason University. He holds music degrees from Northwestern University and The Catholic University of America, where he earned a Doctor of Musical Arts.

A musician in demand for his high energy and versatility, Peter commands respect in a variety of musical genres and is active as a guest conductor, soloist, recording artist, and performance clinician throughout the United States. He began his career as Concertmaster of the Walt Disney World Orchestra and has soloed in many unique venues including the American Embassy in Paris, the Presidential Retreat at Camp David, and the private chambers of the Vatican before Pope John Paul II. Peter made his Carnegie Hall debut in 2015 and has appeared as a violin soloist with such legendary artists as Rosemary Clooney, Michael Feinstein, Renée Fleming, Bernadette Peters, Randy Travis, and Trisha Yearwood. In addition, he has performed chamber music in concert with Ida Kavafian, Steven Tenenbom, and Peter Wiley. He is co-founder of the acclaimed string duo “Bridging the Gap” (with bassist Aaron Clay), which has been hailed by The Washington Post for “superior arrangements and uncommon musicianship.” Both were honored in their home state with the Music Award from the Arts and Humanities Commission of Fairmont, West Virginia in recognition of their “outstanding leadership and devotion to the enhancement of the arts.” Peter has appeared on several studio albums including as guest soloist on the “Eddie From Ohio” CD IRODEFIDOHOME.

American conductor and pianist Paul Schrage (California National Guard veteran) appears frequently throughout the San Francisco Bay Area and the United States, leading orchestras, choruses, and festivals from the podium as well as performing as a solo and chamber artist. He currently serves as Music Director of Symphonia Caritas, a professional orchestra that provides benefit concerts in partnership with other non-profits, and Music Director of the Midsummer Mozart Festival. Most recently, Paul was invited to serve as Interim Music Director of the Contra Costa Chamber Orchestra and will make his first appearance in the 2019-2020 season.

With an extensive portfolio of conducting engagements, Paul has served as Music Director of the St. Peter’s Chamber Orchestra, Assistant Conductor of the Napa Valley Music Festival Academy Orchestra, as well as covering both Merced Symphony and Berkeley Community Chorus and Orchestra. Numerous Guest Conductor appearances include the San Francisco Academy Orchestra, Veridian Symphony, Nova Vista Symphony, and Sonoma County Philharmonic, among others. He also conducts and co-organizes the San Francisco Reading Orchestra, bringing some of the greatest orchestral literature to local musicians in an informal setting.

Combining his artistic endeavors with extensive experience as an impresario, Paul founded Symphonia Caritas in 2015 and has since partnered with numerous non-profit organizations such as Swords to Plowshares and the Gubbio Project, raising over $100,000 in proceeds that go directly to the partner organizations. In addition to serving as Music Director for the Midsummer Mozart Festival, Paul assists with vital organizational components including fundraising campaigns and providing guidance on programming and concert production.

Paul has performed as a soloist with numerous orchestras including the Union Avenue Chamber Orchestra, Winchester Symphony, and Master Sinfonia. He also regularly performs with the Midsummer Mozart Chamber Players, the resident chamber group of the Midsummer Mozart Festival. He has performed throughout the world in Europe, Brazil, and the Democratic Republic of the Congo at such prestigious venues as the Edinburgh Fringe Festival, the main square in Warsaw, Casa Huey Barbosa in Rio de Janeiro, and with the Orchestre Symphonique Kimbanguiste of Kinshasa. Highlighted artistic collaborations include harpsichordist Jory Vinikour, conductors David Ramadanoff and Elena Sharkova, trombonist and composer Bobby Brookmeyer, drummers Louis Bellson and Steve Smith, guitarist Gary Wittner, violinist Ian Swensen, and singers Kindra Scharich, Nathan Granner, and Christina Major. And as a champion of today’s music, he has performed world premieres of works by esteemed composers such as Ingrid Stozel, Rubin Zahra, and Paul Davies, among others. He has also served as Pianist-in-Residence of the Contemporary American Music Project, where he frequently collaborated with musical theorist and historian Cameron Logan.