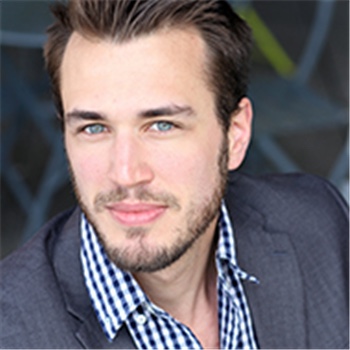 Program Notes for Songs of Travel by Ralph Vaughan Williams

Ralph Vaughan Williams’ emblematically English song cycle was composed between 1901 and 1904, as his first major foray into songwriting.  Drawing from a volume of poems by R.L. Stevenson of the same name, they tell the tale of a wayfarer, a resolute and hearty character, and his journey through the rugged and beautiful English countryside. From the exciting, daunting moments leaving home, to moments of aching lonesomeness and wistful remembrance, and tender moments with his love, every aspect of his journey is told in artful and uniquely English fashion.  Vaughan Williams wished to compose songs embodying the English sentiment; as he said, “the origin of the inspiration is national”.  The cycle was initially published in two volumes of four songs, with the final song “I have trod the upward and the downward slope” being only published posthumously by his wife, Ursula, who found it among his papers.

Program Notes for Let Us Garlands Bring by Gerald Finzi

This song cycle was written for baritone and piano between 1929 and 1942, consisting of five settings of songs from plays by William Shakespeare.  It premiered on October 12th, 1942, at a National Gallery Lunchtime Concert in London.  The date was the 70th birthday of Ralph Vaughan Williams, and the song cycle is dedicated to him.  The two enjoyed a friendship and Finzi greatly admired Vaughan Williams’ music.  Among all others, it seems Finzi was influenced by the simplicity and beauty of Vaughan Williams’ harmonies, as well as his use of English folk tunes in his music.  Vaughan Williams became a mentor and friend, and by all accounts exerted a calming influence in Finzi’s life.

Of these songs my father, Mark Volkert writes:

“Robert Frost (b. 1874 in San Francisco) moved to Lawrence, Mass. in 1885 after the death of his father.  He attended both Dartmouth and Harvard but left school to work on his Grandfather’s farm in New Hampshire for nine years.  After the success of some published poems, he started teaching and lecturing at Amherst, Middlebury, and the U. of Michigan.  Frost encouraged his students to account for the sounds of the human voice in their writing.  He died in Boston in 1963.

Frost is my favorite American poet because his work is direct, accessible, profoundly moving and it sounds “American”. Determining the exact elements which make these particular poems sound “American” is a difficult thing to do, however.  Perhaps it is the simple honesty of their expression and the plain-spoken messages which they convey that lend them their identity. What a wonderful and inviting sentiment is expressed in “The Pasture”: “I’m going out to clean the pasture spring…You come too.”  Musically I attempted to capture the direct and gentle nature of these poems, hopefully sounding “American” in the process!  Melodies with a lot of step-wise motion without too many wide leaps, open harmonies with perfect Fifths, and Ninth and Thirteenth chords with a clear sense of departure and arrival all contribute to an “American” sound.

The songs were written as a Christmas present for Nick in 2007, and are dedicated to him.”

Baritone Nick Volkert received his Bachelor of Music degree in Vocal Performance from USC Thornton and his Masters in Music degree in Vocal Performance from NYU Steinhardt.  He has a love for operatic repertoire, especially Mozart, and Classic Music Theater, but Art Song has a special place in his heart.  The beauty, intimacy, and personalness within Song are special, and Nick is pleased to present these treasures to you.  Nick can be seen at the War Memorial Opera House as an SF Opera Extra Chorus member, in Davies Symphony Hall as a professional SF Symphony Chorus member, and singing with Ragnar Bohlin’s small professional choir Cappella SF.

Rani Fischer has been playing the organ and piano since she was twelve in Richmond, Virginia. She is a graduate of the Longy School of Music in Cambridge, Massachusetts, and has studied with Betty Lou Johnson, Larry Schipull, Grant Moss, Margaret Irwin-Brandon, and Peter Sykes.  She has served on the boards of the Boston Clavichord Society, the American Guild of Organists, and has attended the McGill Summer Organ Academy.  Apart from St. Bede’s she also teaches math at College of San Mateo and De Anza College.