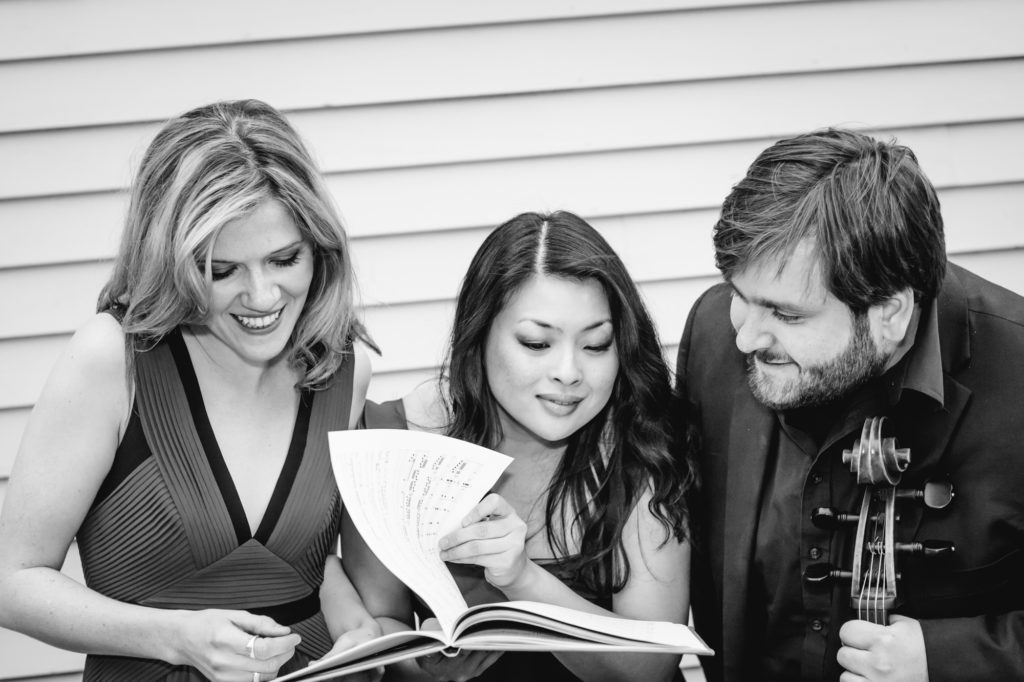 As one of the finest emerging young chamber ensembles, the NeaveTrio has been enjoying tremendous international success on concert series and at festivals worldwide. In the USA, the Trio has appeared in Carnegie Hall’s Weill Recital Hall, the 92nd Street Y, Boston’s Jordan Hall, and on such notable series as the Chamber Music Society of Lincoln Center/La Jolla Music Society, Rockport Chamber Music Festival (as their “Rising Star” Ensemble), Syracuse Friends of Chamber Music, Music at Kohl Mansion, Fontana Chamber Arts, UCLA Chamber Music At The Clark, the American Dvorak Society, Laguna Beach Live! the Flagler Museum Chamber Music Series, California Center for the Arts, Harry Jacobs Chamber Music Society, the Norton Building Concert Series, the Los Angeles Music Guild, the La Jolla Athenaeum, and frequently as soloists, performing Beethoven’s Triple Concerto with orchestras across the country. The Neave Trio has also appeared oversees, concertizing in the UK and Europe.