MUSA from the Archives 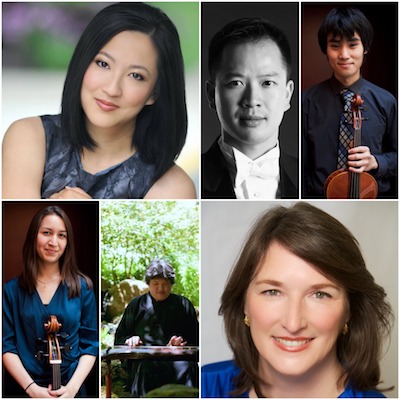 A program of Western music written in and for Chinese courts, as well as Chinese music transcribed by European visitors of the 17th and 18th centuries.

This program captures an instance of European early music instrumentation being adapted and expanded and an interpretation of traditional Chinese form as part of a broader canon.

The Incantation of the Monk Pu’an

Matteo Ricci, Poetry and John Thompson, Music: My Promises are of Love; Shepherd Boy Wandering in the Hills

MUSA is a chamber ensemble dedicated to historically informed performances of Baroque and Classical repertoire, as well as new music for period instruments.

MUSA is a fiscal affiliate of the San Francisco Friends of Chamber Music.