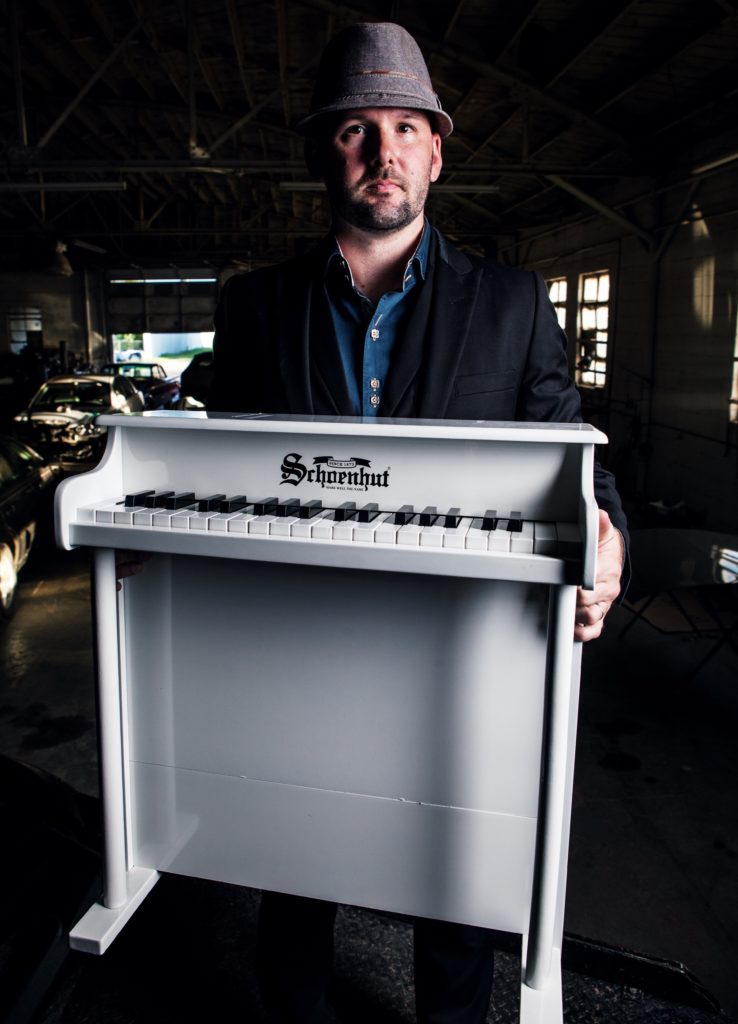 The Music of Frederic Rzewski

Called “the very model of a 21st Century musician” by critics of the Indianapolis Star, pianist Michael Kirkendoll has established himself at the forefront of contemporary pianism. A dedicated advocate for the music of the 20th and 21st centuries, Michael has presented over one hundred new works in both solo and collaborative settings. His performances are musical journeys that often span the history of keyboard repertoire, including a sixteen-piece program entitled Musical Gastronomy, featuring works of Scarlatti, Haydn, Beethoven, Brahms, Debussy, Ives, Schoenberg, Ligeti, Rzewski, and a host of other living composers. Michael has been featured at prestigious venues in China, Singapore, Italy, France, and throughout the United States, and was a finalist in the 2009 American Pianists Association Classical Fellowship Awards, where his performances were heralded as “inspired” showcasing “extraordinary” technical gifts and “superior intelligence.” Past performances of works including Beethoven’s Fourth Piano Concerto, and recitals featuring music of Frédéric Chopin, have been called “astonishing, regal, and eloquent.”

A devoted educator, particularly of both musicians and audiences about the excitement of contemporary music, Michael founded the Cortona Sessions for New Music in 2010 (cortonasessions.com). The Cortona Sessions offer young performers and composers from around the world two weeks of focused study, performance, and collaboration with a faculty of esteemed contemporary music specialists. Located near the Tuscany-Umbria border in the hill-town of Cortona, Italy, the nightly concerts at the Sessions showcase nearly 100 works annually, including dozens of world premieres by both students and faculty. Fellows of the Sessions have created new music series, pursued graduate degrees in contemporary performance, and been awarded some of the most prestigious composition prizes in the world. Annually, members of the Cortona Collective (the faculty performance ensemble) present concerts featuring major contemporary repertoire alongside works of Fellows at universities and concert halls around the U.S. This new-music band includes members of the JACK String Quartet, International Contemporary Ensemble, Ekmeles Vocal Ensemble, h2 Saxophone Quartet, Boston Modern Orchestra, and other innovative and exciting soloists. In concert, they perform works by Cortona Sessions Fellows, and other important works spanning all aspects of contemporary composition.

Michael is Assistant Professor of Piano at the University of Kansas, where he earned his doctoral and bachelor’s degrees, and also holds a masters degree from the Manhattan School of Music. In addition to teaching at the Cortona Sessions for New Music, Michael is also on the faculty of the prestigious International Institute for Young Musicians. When not at the piano, Michael can be found enjoying fine wine, cooking, golfing, or playing with his dog, Sam. Michael is also the author of the food and wine blog, The Uncorked Pianist, and can be followed on Twitter @UncorkedPianist. Michael Kirkendoll is proud to be a Yamaha Artist.