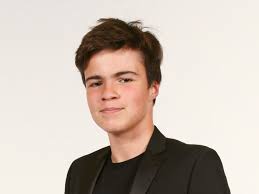 Apart from piano, Leo studied voice at SFCM. He is a three times winner of the National Gold Medal for Royal Conservatory Music Development Program Voice examination after receiving the highest marks in the nation. He is a three times first prize winner at SF Bay Area NATS Singing Festival and a first prize winner at International Grande Music Competition,

Leo also enjoys jazz. In his freshman year, Leo took a Jazz Band as a class at Menlo School where he was both a vocalist as well as a pianist. In the past, he has participated in Stanford Jazz Camp and School of Rock bands. There he studied guitar and bass guitar while also being a lead on the keyboard and lead vocal on multiple songs. In school, he played saxophone and clarinet in the school band.

In 2018, Leo started his journey in songwriting. His early songs were recognized by National YoungArts Foundation and, at age 15, he was named 2019 YoungArts Merit Winner in voice/singer-songwriter discipline.