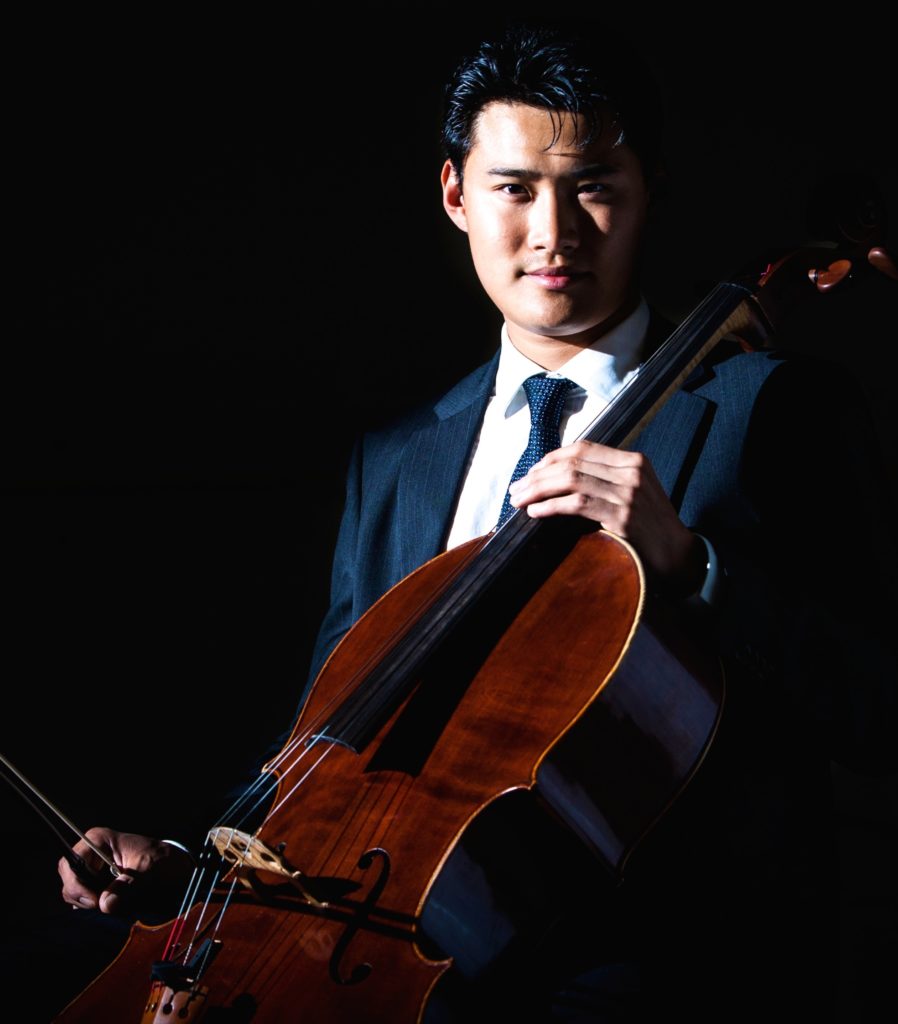 Grammy-winning artist Jonah Kim made his solo debut with Wolfgang Sawallisch and the Philadelphia Orchestra in 2003. The same year, he also appeared with the National Symphony Orchestra where the Washington Post music critic Joseph McLellan called him simply, “the next Yo-Yo Ma.” Mr. Kim has soloed with the Atlantic Classical Orchestra, National Symphony Orchestra, New Philharmonia, Orquestra Sinfônica Nacional, Orchestra Filarmonica, the Philadelphia Orchestra, Symphony of the Americas and many others. He has played in prestigious venues such as New York City’s Carnegie Hall and Merkin Hall, Wigmore Hall in London, California’s Montalvo Arts Center, the Kimmel Center in Philadelphia, the Kravis Center in Palm Beach, the Adrienne Arsht Center in Miami, the Phillips Collection and the John F. Kennedy Center in DC where Anne Midgette of the Washington Post praised, “Kim flirted with the line, shaped it, wrapped it around his fingers, pulled it out in a new dimension, all with practiced ease.”

Born in Seoul, Korea, Mr. Kim immigrated to the United States in 1995. His father, a Protestant pastor, possessed a keen ear for music despite no formal musical training and introduced him to the cello through VHS tapes of Pablo Casals playing the Bach’s Solo Cello Suites. Learning strictly by imitation, the seven-year-old was invited to train at the Juilliard School within the year. So began his professional training at Juilliard, but it was not until he met world-renowned soloist and pedagogue Janos Starker the following summer that he became certain music was his calling. Attending a New York City public school, learning to speak English, and adjusting to life in the United States was not always easy. Starker’s invitation to come study with him was pivotal, inspiring the young cellist to continue with renewed motivation. Starker later remarked, “Jonah is an exceptional talent. He is at the top of his generation.”

A fixture at top studios such as Skywalker Sound and the Hit Factory, Mr. Kim has won two Grammy Awards. He records across a spectrum of genres and has collaborated live in concert with artists like Andrea Bocelli, Vic Damone, and Kenny Rogers. Mr. Kim is also very active in community engagement, dedicated to sharing music and reaching out in ways that positively impact and heal people in need. He volunteers at schools, hospitals, assisted living facilities, religious institutions, and even juvenile detention centers. His masterclasses have been described as “captivating and hilarious… relevant to not only musicians, resonating with all walks of life.” Mr. Kim became the youngest instructor at CelloSpeak, a cello retreat at Bryn Mawr College, where he has lectured and experimented with new, innovative methods of cello playing since 2010. Last summer, he was invited to join the illustrious faculty at Interlochen Center for the Arts Summer Camp where he returns this summer. He plays a Jean-Baptiste Vuillaume cello made in 1845 generously on loan, as well as a 2016 Haide Lin, an award-winning instrument at the Indianapolis Violin Society of America Competition. His bow was made in 1904 by Jules Fetique à Paris.