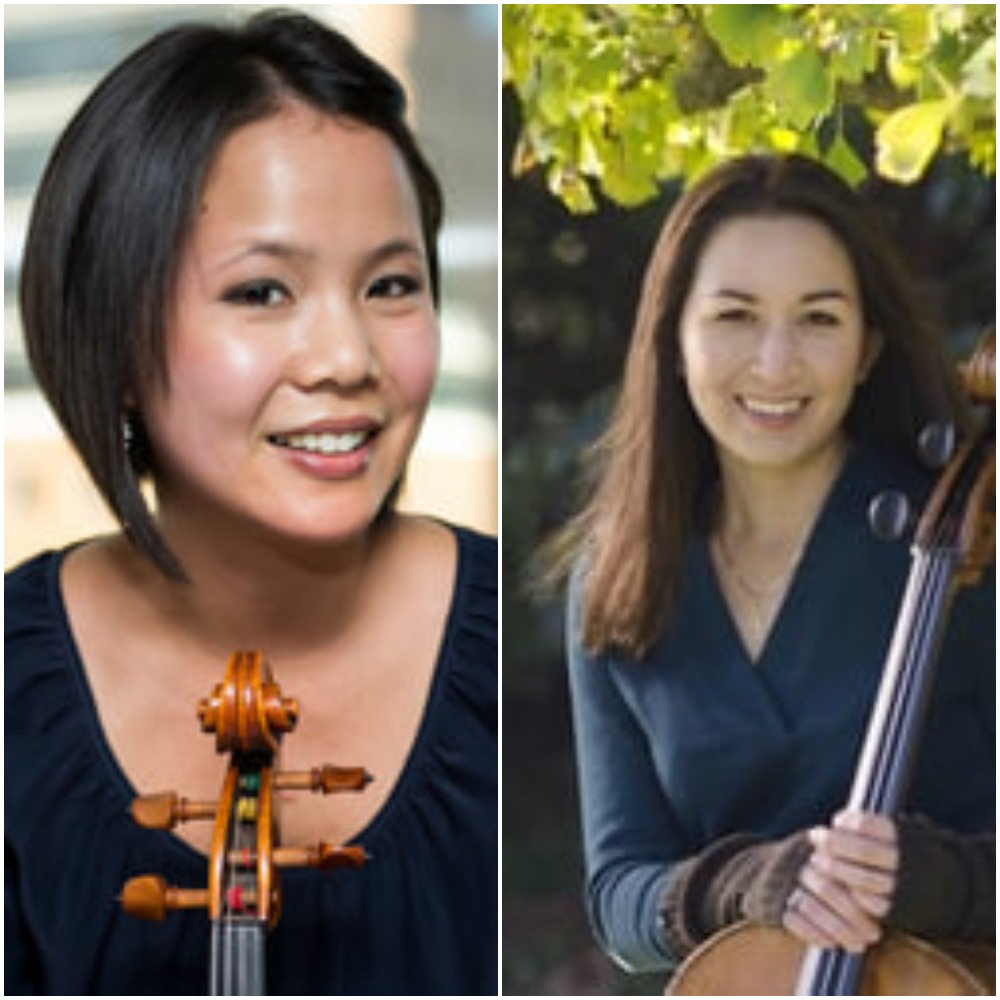 Violist Jessica Chang leads a versatile career as a chamber musician, recitalist, and educator. As the Founder and Executive Director of Chamber Music by the Bay, Ms. Chang performs interactive concerts for diverse communities throughout the San Francisco Bay Area which reach over 2,000 youth annually. Her work as a teaching artist has led to concert residencies with Project 440, the Savannah Music Festival, and Music from Angel Fire. She has also served as violist of the Afiara Quartet, with whom she toured North America, including a visiting faculty residency at The Banff Centre in Alberta and residency as the Glenn Gould School Fellowship Quartet-in-Residence at the Royal Conservatory of Music in Toronto, Canada.

Ms. Chang is a graduate of Yale University, where she received her Bachelor of Arts degree with honors and distinction. She also holds an Artist Diploma from the Curtis Institute of Music as the recipient of the William A. Loeb Fellowship, and a Master of Music degree from The Juilliard School. Ms. Chang studied with Heidi Castleman, Steven Tenenbom, Roberto Díaz, Michael Tree, Misha Amory Daniel Panner, Jodi Levitz, Jesse Levine, and Jenny Rudin. Her chamber music mentors include members of the Guarneri, Borromeo, Brentano, St. Lawrence, and Orion Quartets.

As a frequent performer, educator, and presenter of cello and chamber music, Laura Gaynon has performed both modern and baroque cello in concert halls across the United States, Europe, Canada, and China. Based in the San Francisco Bay Area, Laura has performed with the American Bach Soloists, the Oregon Bach Festival Orchestra, Magik*Magik Orchestra, the unconducted orchestra One Found Sound, and as a founding member of the baroque chamber ensemble MUSA. She is cellist of the Pacific Crest Chamber Players, a string quartet that forms the faculty of the Pacific Crest Music Festival. As a chamber musician, she frequently performs with pianist Allegra Chapman and violist Jessica Chang, and she has collaborated with Kim Kashkashian, Krista Bennion-Feeney, Geoff Nuttall, Bonnie Hampton, Paul Hersh, and Ian Swensen. Recent festival appearances include the American Bach Soloists Academy, Valley of the Moon Music Festival, Berwick Academy, Toronto Summer Music Festival, Taos School of Music, the St. Lawrence String Quartet Seminar, and the 2012 International Piatigorsky Cello Masterclasses at USC.

Laura is co-founder and Co-artistic Director of Bard Music West, an annual music festival that explores the world of one 20th century or contemporary composer each year through music, dance, theater, film, and lectures. The 2018 festival, The World of Henry Cowell, will take place on April 6 and 7 at the Noe Valley Ministry in San Francisco.

As an educator, Laura has a private cello studio in San Francisco and directs the String Quartet Program at Thomas Hart Middle School in Pleasanton, CA. She is on the faculty of Chamber Music by the Bay, California Music Preparatory Academy, and the Pacific Crest Music Festival.

Laura earned degrees from Yale University and the San Francisco Conservatory of Music, where she graduated with an M.M. in cello performance, an Artist Certificate in chamber music, and an emphasis in Historical Performance Practice as a student of Jennifer Culp and Elisabeth Reed. Other important mentors include George Neikrug, Ole Akahoshi, Carolina Singer, Mikhail Gelfandbein, Irene Sharp, and members of the Brentano, Cleveland, St. Lawrence, Shanghai, St. Petersburg, and Borromeo String Quartets.

Outside of music, Laura’s most prized accomplishment is completing a cross-continent bicycle trip, from New Haven, CT to Portland, OR, because, in her words, “I don’t know how I’m still alive.” She would love to bike the perpendicular path from Canada to Mexico if someone would be willing to carry her luggage.