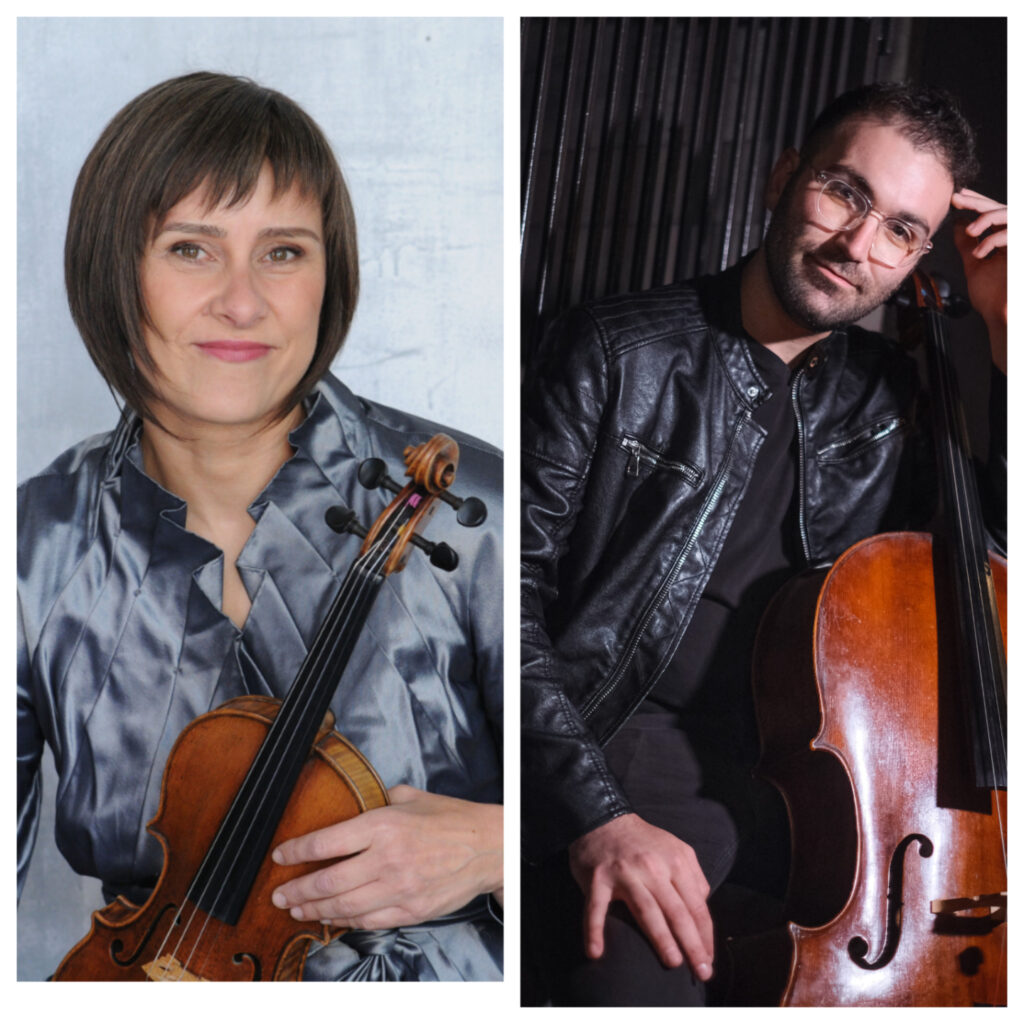 Video from Live Concert on June 7 at 12:30 pm in Old Saint Mary’s Cathedral

Maurice Ravel:  Sonata in four parts for violin and cello

Native to Los Angeles, cellist Evan Kahn has been praised as “a cellist deserved of serious listening” for bringing his “electrifying … nuanced, and colorful” style to all of his collaborations, from concerti to chamber music to contemporary performances. He has commissioned and premiered over 60 works by composers from around the world, including his father’s Cello Concerto.

Evan is the principal cellist in four orchestras —  Symphony San Jose, Opera San Jose, San Jose Chamber Orchestra, and the Britt Music and Arts Festival. In April/May 2018, he served as Artist-in-Residence with Performance Today at NPR, sharing some of his favorite works for cello and his philosophies on music and life. In February 2019, he was named Musical America’s New Artist of the Month. He is currently recording a contemporary album, to be released in 2023, with works by Erberk Eryilmaz, Jörg Widmann, Niall Ferguson, Damián Ponce de León, and others.

Evan received a Master’s in Chamber Music at the San Francisco Conservatory of Music, studying with Jennifer Culp. He graduated with college and university honors from Carnegie Mellon University, studying with David Premo. He plays on a cello by Italian luthier Carlo Carletti, c. 1900, and a bow made for cellist Lynn Harrell by archetier Paul Martin Siefried.

A musician of broad artistic interests, German violinist Iris Stone resides in San Francisco where she is a member of the New Century Chamber Orchestra. She has appeared as part of the Stone-Zimmermann violin-piano duo and performed and recorded with the Berlin Philharmonic Orchestra.

Iris Stone first came to the United States in 1993 as a recipient of the prestigious Fulbright scholarship. Subsequently, she worked with violinist Donald Weilerstein, a founding member of the Cleveland Quartet, and was granted a long-term residency at the Banff Center for the Arts in Canada.

For the past decade, Iris has also been seen as an actor performing with companies around the Bay Area such as California Shakespeare Theatre.