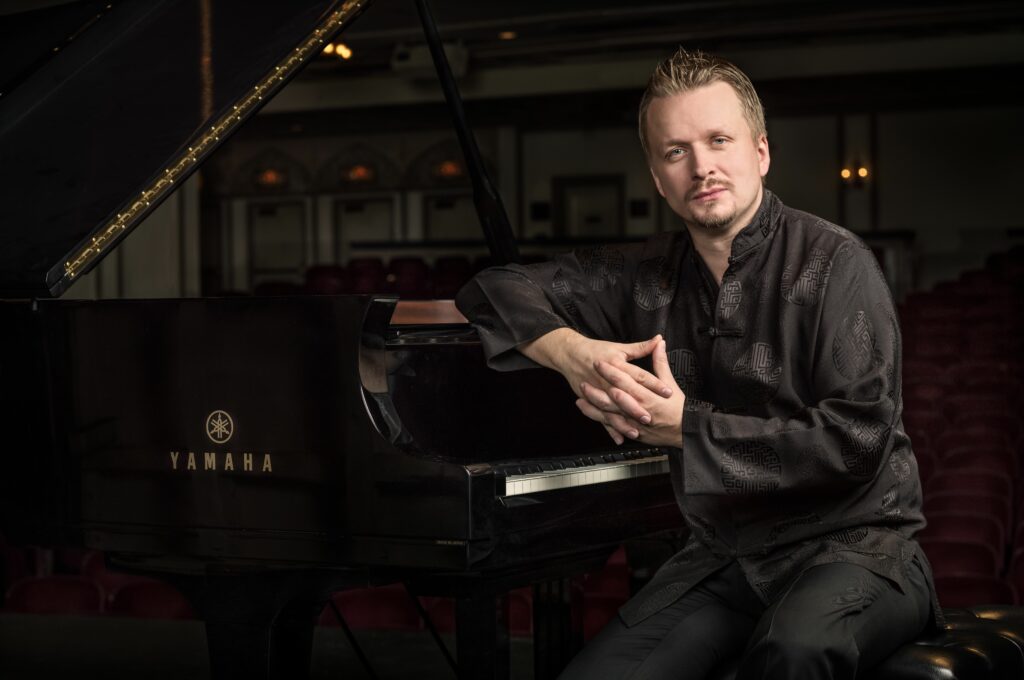 Ilya Yakushev with the San Francisco Symphony (June 23-24): The young Russian pianist made an astounding triple debut as part of the Symphony’s Prokofiev Festival, playing the First Concerto, the Fourth Concerto, and the Seventh Sonata with vigor and virtuosity.

Russian pianist Ilya Yakushev, with many awards and honors to his credit, continues to astound and mesmerize audiences at major venues on three continents.

Highlights of Yakushev’s 2021-22 season include appearances with the Wisconsin Philharmonic and La Crosse Symphony. He will also play recitals in the US and Russia.

In February 2014, British label Nimbus Records published “Prokofiev Sonatas Vol. 1” CD. American Record Guide wrote, “Yakushev is one of the very best young pianists before the public today, and it doesn’t seem to matter what repertoire he plays – it is all of the highest caliber”. Volume 2 was published in January 2017, as well as an all-Russian repertoire CD in September 2017.

Winner of the 2005 World Piano Competition which took place in Cincinnati, OH, Mr. Yakushev received his first award at age 12 as a prizewinner of the Young Artists Concerto Competition in his native St. Petersburg. In 1997, he received the Mayor of St. Petersburg’s Young Talents award, and in both 1997 and 1998, he won First Prize at the Donostia Hiria International Piano Competition in San Sebastian, Spain. In 1998, he received a national honor, The Award for Excellence in Performance, presented to him by the Minister of Culture of the Russian Federation in Moscow. Most recently, Mr. Yakushev became a recipient of the prestigious Gawon International Music Society’s Award in Seoul, Korea.

Mr. Yakushev attended the Rimsky-Korsakov College of Music in his native St. Petersburg, Russia, and subsequently came to New York City to attend Mannes College of Music where he studied with legendary pianist Vladimir Feltsman.

Ilya Yakushev is a Yamaha artist.