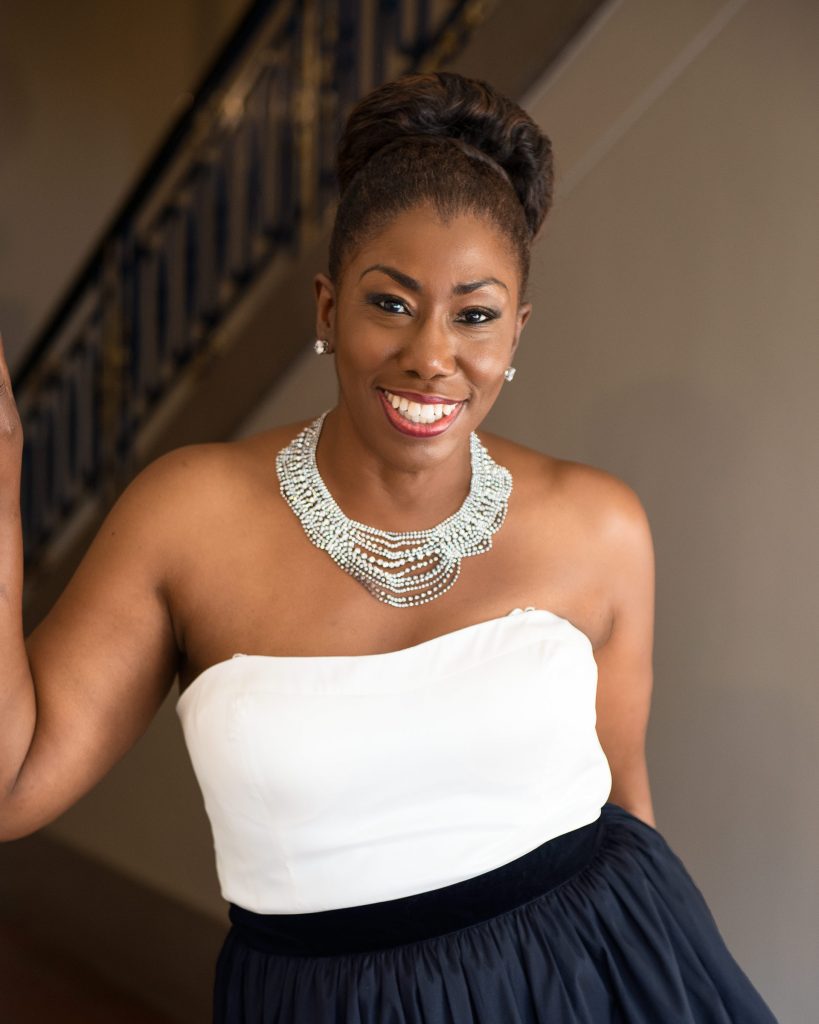 Betty Jackson King (arr.): Ride up in the Chariot

H.F. Mells: I Got Religion

Margaret Bonds (arr.): He’s Got the Whole World in His Hand

As a critically acclaimed Verdi soprano, Ms. Briggs is known for the depth and beauty of her voluptuous voice. Ms. Briggs is hailed as “an artist of vocal sensitivity, theatrical wisdom, and integrity.” Her commanding stage presence and moving interpretations have brought her to great success singing title role in Aida with Nevada Opera, Sacramento Opera and Cedar Rapids Opera and Leonora in Il Trovatore with El Paso Opera, Opera Roanoke and Festival Opera of Walnut Creek as well as Amelia in Un Ballo in Maschera with Festival Opera of Walnut Creek.

Additional career highlights also include Donna Anna in Don Giovanni and The First Lady in Die Zauberflöte at Frankfurt Opera, the Duchess of Parma in Busoni’s Doktor Faust at Staatstheater Stuttgart, Cio-Cio San in Madama Butterfly at Opera Louisiane, the role of Paula in the world premiere of Hector Armienta’s River of Women and Serena in Porgy and Bess at Tulsa and New Orleans Opera. Additional career highlights are Donna Elvira in Don Giovanni, Countess Almaviva in Le Nozze di Figaro, Micaëla in Carmen and the title role of Suor Angelica.

Sought after as a recitalist, she has performed for Oberlin Conservatory, African-Americans for Los Angeles Opera, Madewood Music Festival, Afrosolo Music Festival at the Yerba Buena Performing Arts Center, Concerts at the Abbey in Seattle and Caio Melissa in Spoleto, Italy. By special invitation, Ms. Briggs performed for Jessye Norman at Alliance FrançaiseTrophée des Arts Gala and for Rev. Billy Graham at the Billy Graham Crusade.

He is published with RCA, BMG-Sony, Hal Leonard of Chicago and Windham Hill with his clear take on Erik Satie.  He also enjoys performing benefits both public and private and playing for free for the sheer life giving force of music for such organizations as Mimi Farina’s Bread and Roses (for 20 years).  The effect of the great classics in music always gives life’s seminal moments special meaning.