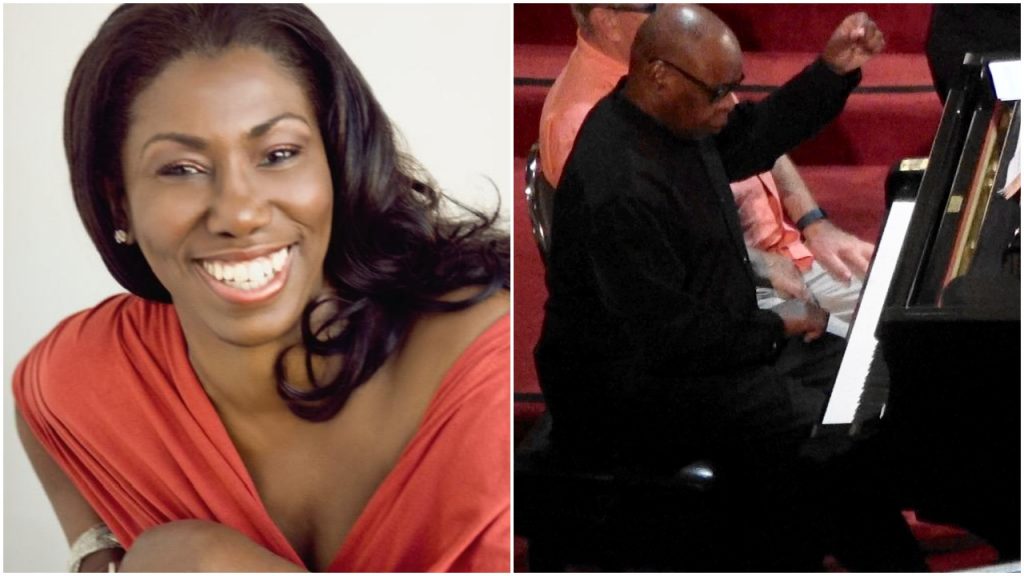 The program concludes the celebration of Black History Month in February while inaugurating a tribute to International Women’s History Month in March. Composers of color and women composers both shared a similar background of overcoming oppression, discrimination, prejudice, lack of access and opportunity, ridicule, and struggle (“pulling yourself up by your own bootstraps”).  Nevertheless, the wealth and fecundity of inventive ideas and mastery of compositional skill are evinced in their beautifully crafted works.

AMY MARCY CHENEY BEACH (1867-1944) is considered dean of American women composers.  Her musical career began in childhood as a piano prodigy.  She married a famous Boston surgeon when she was eighteen years old (the good doctor was forty-five!).  After the death of her husband, she toured, performing her works with orchestras to highest critical acclaim. Beach was the first successful American female composer of large-scale art music.  Her “Gaelic” Symphony, premiered by the Boston Symphony Orchestra in 1896, was the first symphony composed and published by an American woman.  Almost entirely self-taught, Mrs. H.H.A. Beach (as she was known in polite and professional society) was recognized by American and European critics and audiences as undoubtedly one of America’s most gifted composers.

MARGARET BONDS (1913-1972) was an outstanding pianist-composer who earned a Master of Music degree from Northwestern University and further studied at Julliard School of Music. During her lifetime, she was the recipient of several prestigious awards.

JOHN CARTER (1929-1991) was a composer. The clarinet was his major instrument. He earned a Master of Arts degree at the University of Colorado in 1956.  In the ‘80s, Carter flourished as a professional musician and composer. His pieces are infused with stylistic features of blues and jazz and also combine contrasting tempos, extreme dynamics, and other modern ideas.

JACQUELINE BUTLER HAIRSTON (1938-present) is a beloved musical figure of the Bay Area. She continues to enjoy an illustrious career as composer/arranger, musical director, vocal coach, and pianist. She received musical training at Julliard School of Music, Howard University, and Columbia University where she earned a master’s degree in music and music education. A great deal of her prolific output has been performed and recorded by musical luminaries such as London Symphony, Columbia Symphony Orchestra, Women’s Philharmonic (SF), Orlando Opera Chorus and Orchestra, and opera divas Kathleen Battle and Denyce Graves.

HALL JOHNSON (1888-1970) was highly regarded as a versatile composer, arranger, choral director, and violinist who dedicated his career primarily to preserving African American spiritual music. He was educated at Julliard School of Music.  Johnson founded an acclaimed black choir that set the standard for the performance of African American spirituals. During his long professional career, Johnson coached several generations of distinguished musicians including opera singer Marian Anderson in the rich legacy of African American music that developed under slavery. His mother was a former slave.  Virtually every black singer of note has performed Johnson’s spiritual arrangements. Hall Johnson was a consummate breaker of barriers in several worlds: black and white; church and mass entertainment.

Arr. Margaret Bonds: He’s Got the Whole World in His Hands

Arr. Joseph Joubert: Over the Rainbow

Soprano HOPE BRIGGS is well known for her dramatic portrayals and her distinctive voice. She made her San Francisco Opera debut as the Duchess of Parma in Busoni’s Doktor Faust, a role she repeated at Stattstheater Stuttgart. Other career highlights include The First Lady in Die Zauberflöte and Donna Anna in Don Giovanni at Frankfurt Opera, the title role of Aida at Sacramento Opera, Nevada Opera, and Cedar Rapids Opera, Leonora in Il Trovatore with El Paso Opera, Opera Roanoke and Festival Opera of Walnut Creek, Amelia in Un Ballo in Maschera, and the title role of Suor Angelica. She has been the recipient of numerous awards which include: National Finalist in Metropolitan Opera National Council Auditions, ABC KGO-TV 2012 African American Salutes Honoree and is a Marion Anderson Historical Society Scholar.