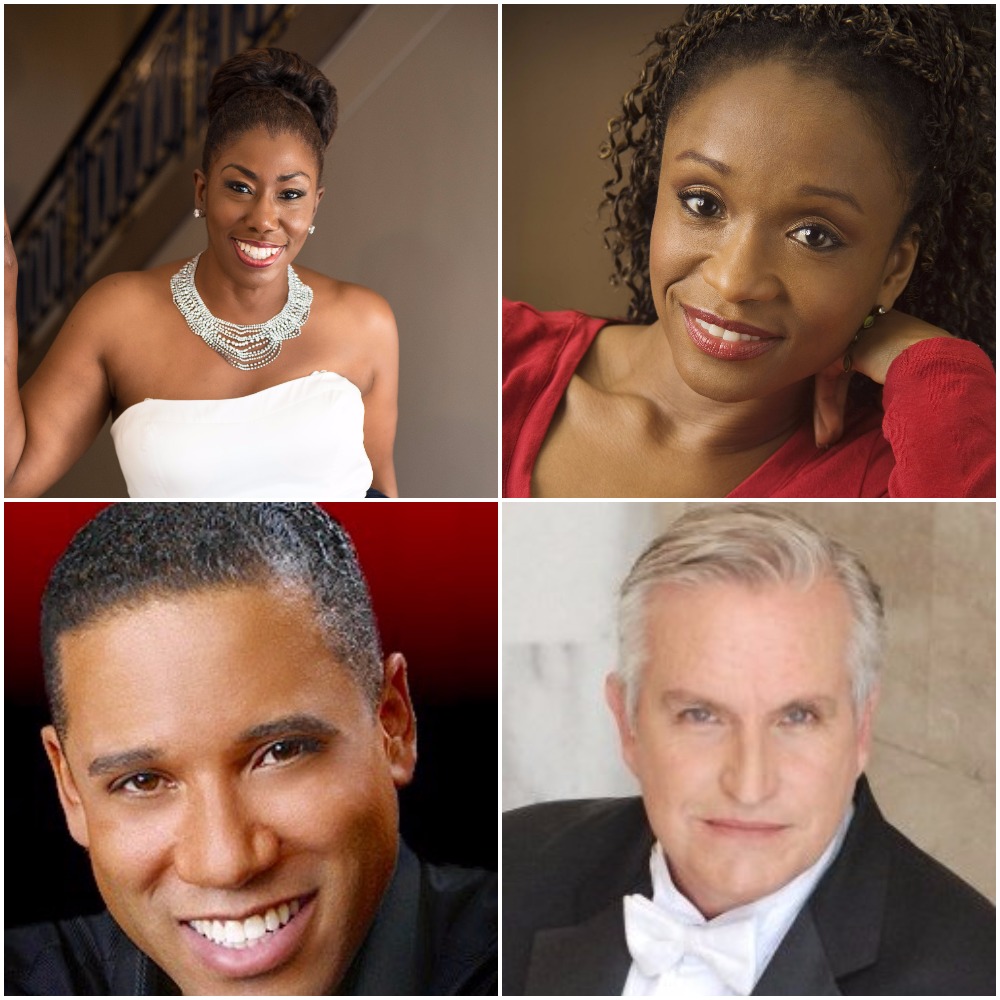 A Holiday Program of Carols and Spirituals

Thus Saith the Lord…But Who May Abide? (Messiah)

Most recently Ms. Briggs made her successful debut in the title role of Madama Butterfly with Opéra Louisiane, debuted at Carnegie Hall with the New England Symphonic Ensemble, and sang Verdi’s Messa da Requiem with the San Francisco Choral Society at Davies Symphony Hall. In 2017, she will appear as Marschallin in excerpts of Der Rosenkavalier with Fremont Symphony Orchestra, perform Bruckner’s Te Deum with Oakland Symphony, return to Baton Rouge for Opéra Louisiane ‘s 10th Anniversary Gala, and make two important debuts: Nedda in I Pagliacci with Festival Opera and the title role in Joplin’s Treemonisha with Mississippi Symphony Orchestra.

As a critically acclaimed Verdi soprano, Ms. Briggs is known for the depth and beauty of her voluptuous voice. Ms. Briggs is hailed as “an artist of vocal sensitivity, theatrical wisdom, and integrity.” Her commanding stage presence and moving interpretations have brought her to great success singing the title role in Aida with Nevada Opera, Sacramento Opera and Cedar Rapids Opera and Leonora in Il Trovatora with El Paso Opera, Opera Roanoke and Festival Opera of Walnut Creek as well as Amelia in Un Ballo in Maschera with Festival Opera of Walnut Creek.

Mr. Sims has been highly praised for his moving interpretations of African American spirituals and has given numerous recitals of them throughout the United States, South America, Europe, Africa and Asia. He has appeared with many orchestras in the U.S. and toured Japan with the Pacific Music Festival Orchestra where he was featured in a nationally televised performance of Bernstein’s Opening Prayer. In 2005, Sims made his recital debut at Carnegie Hall and was invited by Jessye Norman to participate in Honor! A Celebration of the African American Cultural Legacy at Carnegie Hall in March of 2009. He recently appeared with the Mormon Tabernacle Choir and made his debut in the United Kingdom with the Gibraltar Philharmonic. He has performed in concert at New York’s Lincoln Center, the Smithsonian Institution, the Ravinia, Chautauqua, Savannah, Grant Park, and Big Arts summer music festivals, the Latour de France International Music Festival, and the celebrated American Church in Paris. Under the auspices of Canti Classics, Community Concerts, and the Live On Stage Series, Sims has performed more than 150 recitals throughout the United States.

Robert has appeared several times in performance on the Hour of Power from the Crystal Cathedral in Garden Grove, California, which is broadcast internationally, and was the focus of a Public Broadcasting Service special Artbeat Chicago. He has toured nationally in the ensemble Three Generations, a celebration of American spirituals and folk songs with renowned artists George Shirley, the late William Warfield and Benjamin Matthews. Recently, he debuted with Simon Estes and Jubilant Sykes in the trio Simon, Sykes & Sims, singing spirituals and American songs.

Recently Robert has releases a CD of Spirituals arranged by Roland Hayes and a biography entitled “Roland Hayes: The Legacy of an American Tenor” (Indiana University Press 2016) in collaboration with Christopher A. Brooks.

As a soloist or collaborator, Daniel Lockert is equally versatile on the piano, organ, and harpsichord. In his role as pianist-collaborator, his wide-ranging career has taken him around the globe, playing throughout the USA, Europe, Japan, Australia and New Zealand.  In his role as coach and teacher, Daniel has been on the staffs and faculties of the Juilliard School, the San Francisco Opera, Opera San Jose, the San Francisco Conservatory of Music, Chapman University, Cal State East Bay, and the Aspen Music Festival.  This summer he was the accompanist for the chorus at the Mendocino Music Festival, conducted by his wife, Jenny Matteucci.  He currently is a professor of Collaborative Piano at Notre Dame de Namur University in Belmont, CA as well as Staff Accompanist at Holy Names College, Oakland, CA.  He also is organist-choirmaster at Christ Episcopal Church in Sausalito.