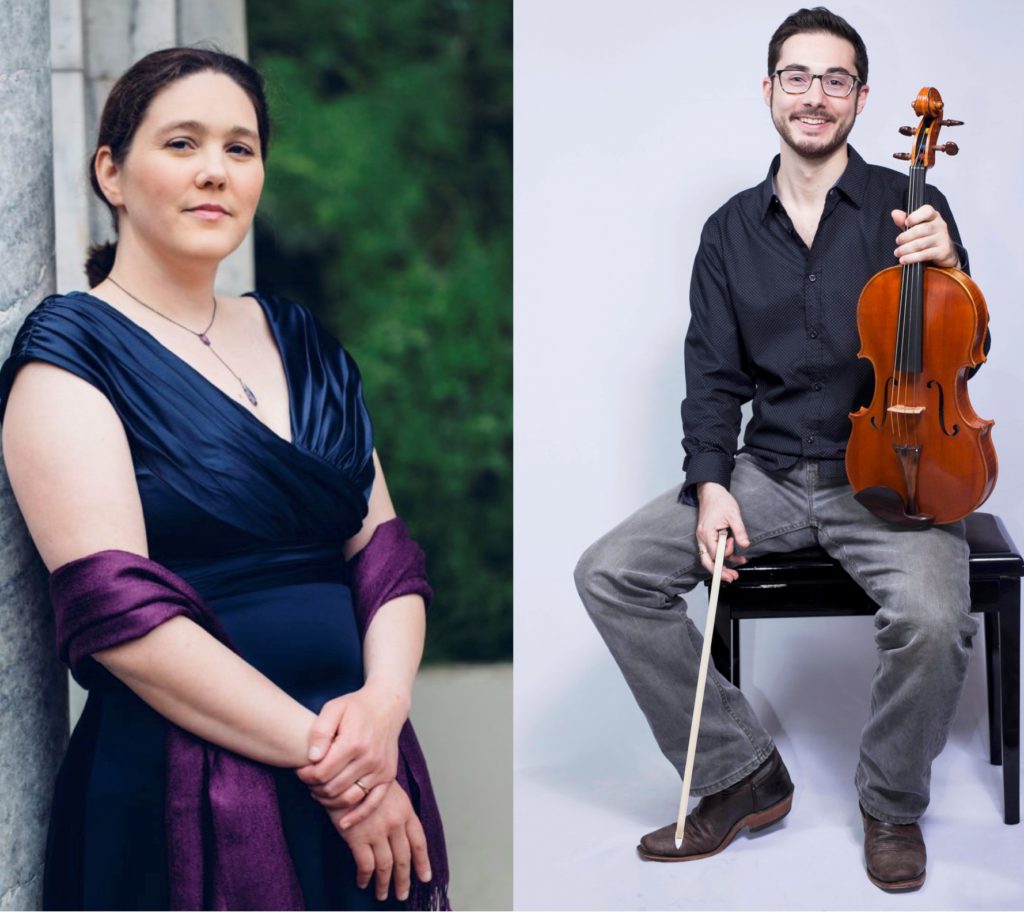 Violist Justin Ouellet attended Temple University and holds a joint BA in Viola Performance from the Longy School of Music of Bard College and Emerson College. His private teachers have included Mimi Denton Bravar, Dimitri Murrath, Laura Bossert, and Che-hung Chen. He has coached with Colin Carr, Yizhak Schotten, Paul Yarbrough, and members of the Pacifica Quartet, Boston Symphony Orchestra and the Philadelphia Orchestra. Having collaborated with some of the world’s leading players including Nadja Salerno-Sonnenberg, members of the Seoul Philharmonic, San Francisco Symphony, Ballet and Opera Orchestras, as well as members of the Alexander and Hausmann Quartets, Justin is quickly garnering a reputation as a top performer of chamber, orchestral and contemporary repertoire. He has performed under conductors such as Gerard Schwarz, David Lawton, Cyrus Ginwala, David Milnes, Jonathan Schiffman, David Amado, Grammy Award winners John McLaughlin Williams and Arnie Roth. Residencies and summer festivals include the Atlantic Music Festival, Festival of Youth Symphonies of Americas, St. Marks International Music Festival, PARMA New Music Festival, The Philadelphia Music Festival. Justin currently serves on the faculty of the Oakland School for the Arts as Co-Director of chamber music and orchestral studies. He is a core member of the new music repertory group CMASH which is committed to establishing and nurturing long-term collaborative relationships between composers and performers. Current collaborations include the commission of new works for viola and piano from Boston-based composer Vartan Aghababian, New York-based composer Nicky Sohn and Houston-based composer John Grimmett.

Hillary Nordwell is a graduate of Lawrence Conservatory in Appleton, Wisconsin, where she studied with Catherine Kautsky and was honored for three consecutive years with the Marjory Irvin Prize for “excellence in solo piano and chamber music.” During her undergraduate studies, she spent a semester abroad in Vienna, studying piano with Christiane Karajeva and developing a love for opera and the German language.

In 2005 she completed her Masters Degree in Chamber Music at the San Francisco Conservatory, where her coaches included Paul Hersh, Mark Sokol, Ian Swensen, and Axel Strauss. While at the Conservatory, she had the honor of participating in master classes with renowned artists Menahem Pressler and Paul Katz. An active chamber musician, Hillary is a founding member of the Eusebius Duo and One Art Ensemble, and continues her role as a core collaborator with CMASH.  Her solo engagements have included concerto appearances with the Lawrence Symphony Orchestra, Port Angeles Chamber Orchestra, and the Port Townsend Orchestra. Hillary is regularly featured on many Bay Area concert series including Noontime Concerts, Old First Concerts, 405 Shrader, and the Bing Concert Series at Stanford University Hospital.  Alongside her performing career, Hillary maintains a thriving private teaching studio in Pacifica, CA and serves on the board of the Suzuki Music Association of California, Bay Area Piano Branch. She also encourages young children and their families in their exploration of solo piano and chamber music through the “Comfy Concert” series she curates in her home.