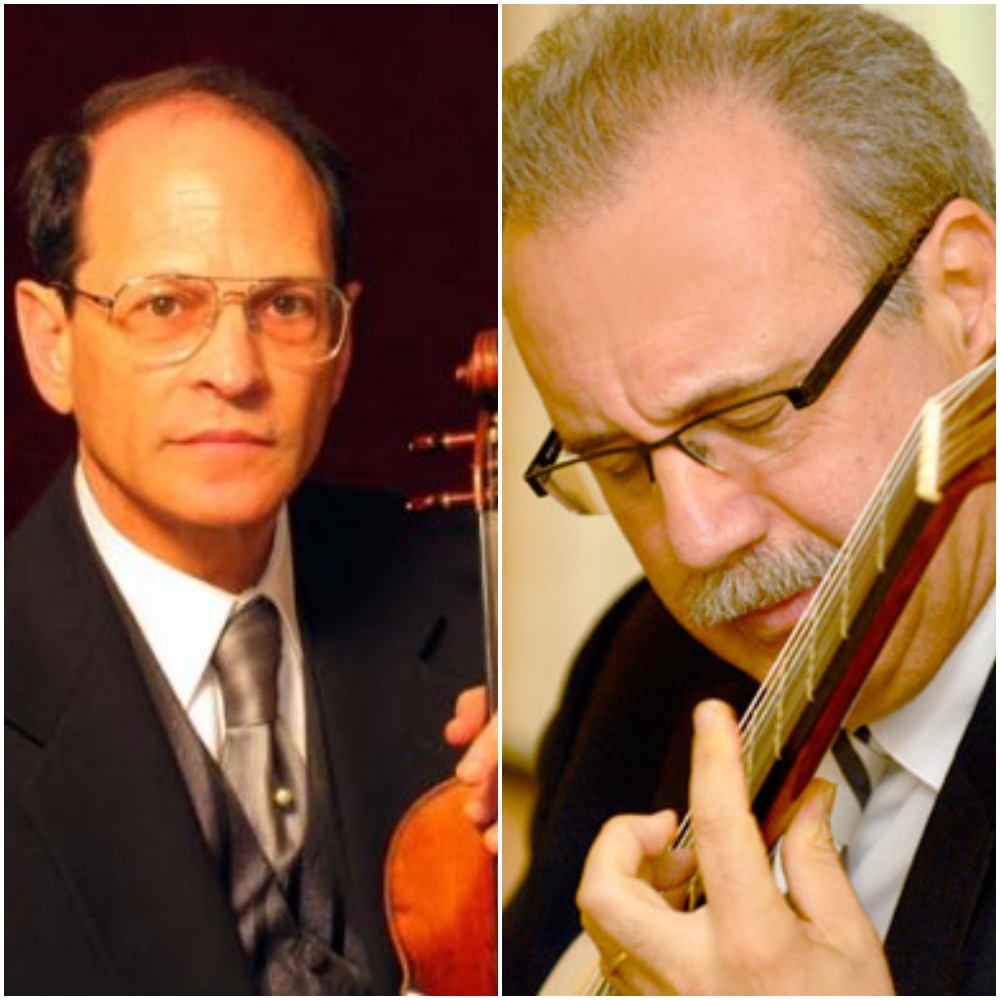 When San Francisco Chronicle Columnist Herb Caen described Joseph Gold as a “giant on earth,” he was referring to that ‘something extra’ which he carries into every violin performance. Little wonder, then, that critics so often choose terms such as ‘fearless virtuosity,’ ‘dynamic personality,’ and ‘colossal’ and then go on to discuss the ‘marvelously rich tone’ which ‘brings the audience to heights of enjoyment.’

Mr. Gold, who makes his home in San Francisco, is an enthusiastic proponent of the “romantic revival” of Nineteenth-Century violin music. He is an ardent author and lecturer on his two favorite virtuoso composer-performers, Paganini and Sarasate. Mr. Gold’s numerous publications include his book, Paganini’s Art of Violin Playing, as well as many transcriptions and original compositions. Mr. Gold’s in-depth research into the life and work of Pablo de Sarasate has led to the discovery of unpublished manuscripts.

Although steeped in the tradition of the Romantic style, Joseph Gold’s programs are not restricted to the Nineteenth Century. He is an all-around musician who has premiered and championed many Twentieth Century compositions while maintaining a Baroque repertoire as large as many Baroque specialists.

Joseph Gold’s warm personality and perfectly timed humor make him a popular guest artist on University campuses. He is eminently qualified as an “Artist in Residence” and holds a Master’s Degree as well as three teaching credentials.

a new technique for greater sound projection and expressivity …

Jaume Torrent has developed a guitar technique with which he achieves a sound projection superior to that obtained with the most internationally known techniques. With this technique, Torrent extends the range of sound intensities of the guitar, increasing its expressive capacity and enabling a balanced integration of the guitar into chamber and orchestral groups.

He started his guitar studies with Graciano Tarragó, a disciple of Miguel Llobet.

He has premiered concerts by renowned composers such as J. Cervelló (“La Sexta Noche”) and X. Benguerel (“Concertante for guitar, percussion and strings” and “Concierto de Otoño” both released on CD by NAXOS). the work for solo guitar by H. Villa-Lobos (PDI-Spain), the guitar work by G. Tarragó (La mà de Guido) and the first DVD recording of the “Concierto de Aranjuez” by J. Rodrigo the sponsorship of Pioneer.

He has been awarded the Prize of the “Golden Fortune” Foundation of Ukraine in recognition of the quality and popularity of his artistic career.

He has been a guitar teacher and director of the Superior Conservatory of Music of the Liceo de Barcelona, responsible for the M. Llobet guitar classroom of the Marshall Academy -also of Barcelona- founded by E. Granados and directed by A. de Larrocha and has taught master classes in different American universities. He is the author of a methodology designed to take full advantage of the guitar’s sound potential and to rationalize and assimilate its technical resources.

As a composer, he is the author of an extensive catalog of chamber, symphonic and solo guitar works published by publishers such as Schott and Trekel from Germany, Boileau, Clivis and Piles from Spain and Viento Music from the USA. He has premiered his “Concert for guitar and strings” in the United States with the Sinfonietta of San Francisco and his “Concerto for violin, guitar, and strings” (Paganini in America) with the Kensington Symphony Orchestra under the direction of Geoffrey Gallegos and in Spain the “Concert de Rialp, concert for guitar and symphony orchestra” with the Czech National Symphony Orchestra under the direction of Inma Shara.

In March 2012 he performed as soloist of his 4 concerts for guitar and orchestra in the framework of the International Festival “Prospectives XXIIè siècle” of Perpignan (France) with the Orchester Perpignan Mediterranée directed by D. Tosi, being the first time in history that a guitarist-composer performs 4 own concerts in a single program and in October of the same year, he recorded his Concert for guitar and symphonic orchestra “Concierto de Rialp” with the Philharmonic Orchestra of Gdansk directed by Ernst van Tiel.