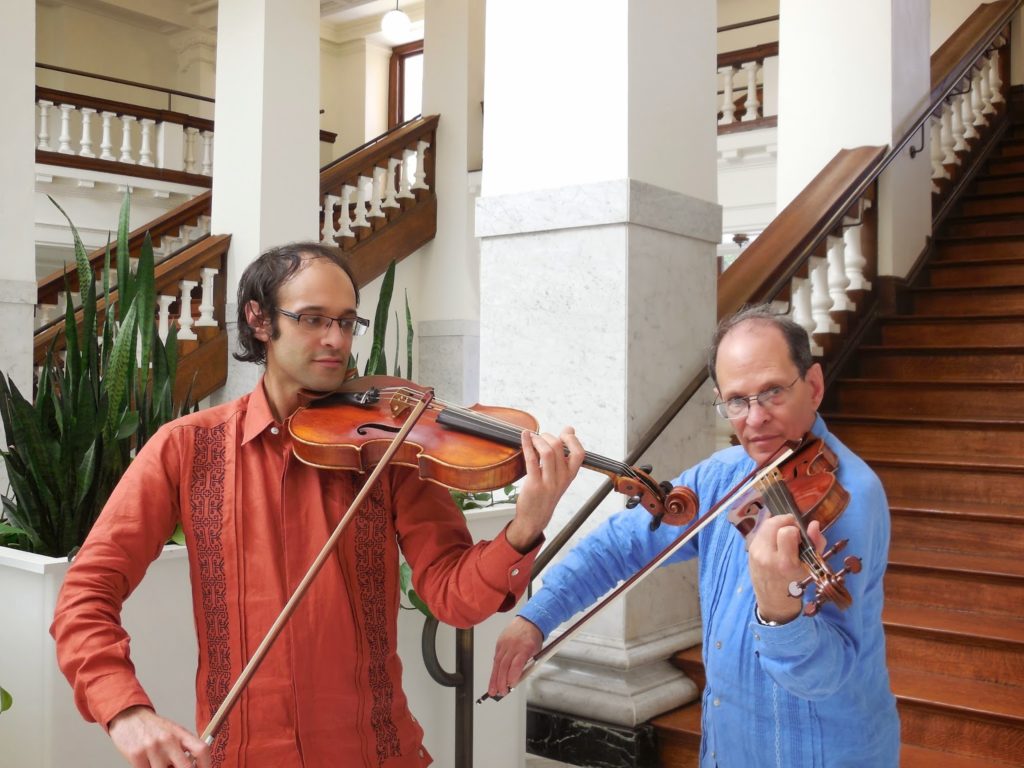 A native of the Bay Area, Raphael plays extensively throughout the region in several orchestras and chamber groups, including Seismic String. He has participated in several international music festivals including Avila, Spain; Tirol, Austria; Managua, Nicaragua; Guanajuato, Mexico and New York, New York.

Raphael lived in Yucatan state for several years where he was a member of the Yucatan Symphony Orchestra, touring extensively throughout Mexico.  While in Yucatan he performed chamber music in correctional facilities, retirement homes and church-run rehabilitation centers in an effort to bring classical music to disadvantaged communities.

His early teachers include his parents, Debbie Dare and Joseph Gold, Bob Slaughter and Elizabeth Gibson. He is a graduate of San Francisco Academy Orchestra where he studied with Jay Liu, Matt Young and Don Ehrlich.

Joseph Gold began playing the violin at the age of eight.  In his youth, he studied with violinists Grisha Golubov and Henry Fisher.  A graduate of the University of Southern California, Joseph had the privilege of being coached by the great Jascha Heifetz.  Joseph is an enthusiastic proponent of the “romantic revival” of Nineteenth Century music.  He is a widely respected author, lecturer, and critic.  Mr. Gold’s numerous publications include his book, Paganini’s Art of Violin Playing, as well as many transcriptions and original compositions.  Although steeped in the tradition of the Romantic style, he is a versatile musician who has premiered and championed many Twentieth Century compositions while maintaining a large Baroque repertoire.  He has soloed in dozens of countries, including Spain, Germany, Austria, Italy, Bulgaria, Nicaragua, Taiwan, Japan, and the Philippines.