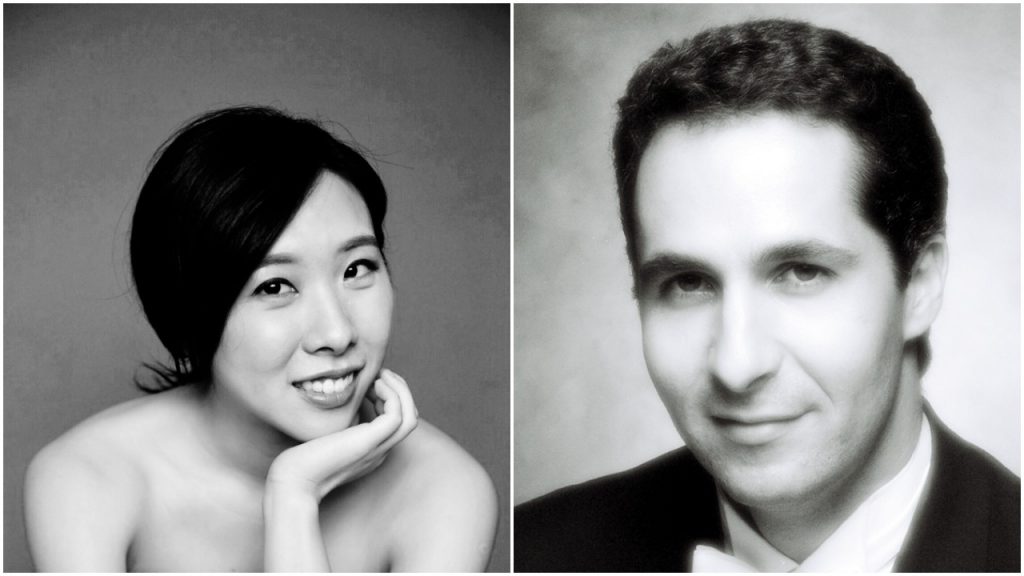 Florin Parvulescu was born in 1971 in Bucharest, Romania. He started playing the violin at the age of six at the Georges Enescu music school. In 1978 he attended the Juilliard School Pre-College division, studying with Shirley Givens. In 1989 he went on to study at the Peabody Conservatory of Music where his principal teachers were Sylvia Rosenberg and Herbert Greenberg. He also worked closely with pianist Leon Fleisher, and violinists Berl Senofsky and Valery Klimov. In addition to earning Bachelors and Artist Diploma degrees at Peabody, Mr.Parvulescu was awarded numerous prizes, among them the Marbury Award and Yale Gordon award.

Mr. Parvulescu studied conducting with David Zinman at the Aspen Music Festival and Michael Tilson-Thomas. As a conductor, Mr.Parvulescu has led the New World Symphony, the Aspen Academy Orchestra, the Icicle Creek Festival Orchestra, the Academy Orchestra of San Francisco. The San Francisco Classical Voice wrote: “ In The Pulcinella, Mr. Parvulescu conducted handsomely, using clear, unexaggerated gestures free of grandstanding. He set solid, appropriate tempos throughout, not blinking when Stravinsky asked for breakneck speeds…….. the orchestra responded with faith in him and the music”. In addition, he led performances of Stravinsky’s “a Soldier’s Tale” and works by Charles Ives and Scott Joplin with members of the San Francisco Symphony as part of the Symphony’s “ Keeping Score” project.”. In August 2013 he conducted the Macau Youth Orchestra in an all-Mozart program for their US debut at Merkin Concert Hall in Lincoln Center, replacing the regularly scheduled conductor on two days notice. In 2014 he guest-conducted Music in the Mountains Festival Orchestra featuring Rimsky-Korsakov’s “ Scheherazade”，Borodin’s “Polovetsian Dances” from his opera Prince Igor and a concert featuring John Williams’s famous movie scores.

Mr. Parvulescu joined the San Francisco Symphony in 1998. From 1996 – 1998, he was a member of the St. Louis Symphony. As soloist and chamber musician Mr. Parvulescu has appeared in recital series at the Walters Art Gallery in Baltimore, the Kennedy Center in Washington,DC, Icicle Creek Music Festival, Aspen Music Festival, Berkeley Chamber Music Series, Johanessen International School of the Arts in Victoria British Columbia, San Francisco Symphony Chamber Music Series, Chamber Music Series St. Louis, Heidelberg, Germany and Fontainebleau, France and as soloist with the Xiamen Philharmonic in 2009 and 2010. In 2014 Mr. Parvulescu performed Shostakovich’s Piano Quintet with renowned pianist Kiril Gerstein and also Thomas Ades’s Piano Quintet with the composer at the piano and members of the San Francisco Symphony.

He has given masterclasses at the Beijing Conservatory and at the School for the Arts in Macau. He has been featured on the McGraw Hill Young Artist Showcase on WQXR radio NY and on National Public Radio. The San Francisco Chronicle praised him for his “gleaming tone and pyrotechnics,”

Praised by critics for her “admirable fluidity of line and limpid touch”, Dr. Chia-Lin Yang is a multidimensional artist, appearing in concerts throughout the United States and her native country, Taiwan, as a concert pianist and a chamber musician. She has performed at Rolston Recital Hall as part of the Banff Centre’s Music and Sound Residency program in Alberta and at Benaroya Hall in Seattle as the second-prize winner of the 2008 Seattle International Piano Competition. As a recipient of the Helen von Ammon Fund for Emerging Artists, her solo performances at the Noontime Concert Series in San Francisco were highly acclaimed for her variegated voices and multifaceted interpretation. Her performance of Liszt’s First Piano Concerto with the Camerata Symphony Orchestra was commented by critic Peter Jacobi as possessing “the requisite touch of poetry that eludes so many pianists.” She was also invited to play for the soundtrack of an award-winning independent movie, “Hide,” directed by Robert Shelby.

Besides being the founder of the Aristo Trio and the Yang-Shin-Bate Trio, Dr. Yang was invited to perform with the Queen Elizabeth Violin Competition Laureate and IU Professor Ik-Hwan Bae, Long-Thibaud Violin Competition winner Frederieke Saeijs, Hong Kong Philharmonic Orchestra principal violist Andrew Ling, and renowned Polish violinist Bartosz Cajler, winner of the A. Postacchini Violin Competition and faculty at the Royal Academy of Music in Stockholm. Her chamber music performances have been heard worldwide in venues ranging from The Forum in Taipei, Taiwan, to the Beatrice Friedman Symphony Center in Sarasota, Florida. She was featured in the 2015 annual concert of a prominent Bay Area string orchestra, The Sonnet Ensemble, playing on both harpsichord and piano.

Dr. Yang received her degrees of Doctor of Music and Master of Music both in piano performance from the Indiana University Bloomington Jacobs School of Music under the tutelage of André Watts and Evelyne Brancart with a minor in music theory. She also received her bachelor’s degree at National Taiwan Normal University with a major in piano and minors in violin and music education. Dr. Yang joined the faculty at West Valley College from 2008 to 2010. She co-established the Young Artist Concert Series at WVC and played in both the inaugural recital and subsequent concerts.