Ensemble for These Times 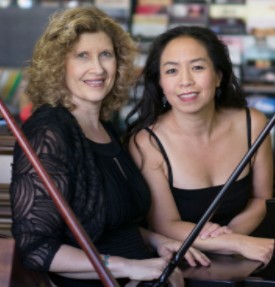 ABOUT ENSEMBLE FOR THESE TIMES

Ensemble for These Times (E4TT) focuses on 20th and 21st century music that is relevant, engaging, original and compelling, that resonates today and will speak to tomorrow. The ensemble strongly believes in the power of artistic beauty, intelligence, wit, lyricism, and irony to create a deep understanding of our times and the human condition. E4TT was formed in 2007/8; recent highlights include a tour to Hungary in Fall 2014 as part of the Daniel Pearl World Music Days, and sponsored by the U.S. Embassy in Budapest; the world premiere of Garner’s Chanson für Morgen in 2011 at Trinity Chamber Concerts, produced in association with the 26th Jewish Music Festival; their European debut in 2012 with the Jüdische Gemeinde Berlin, and concerts at the German Consulate General in SF, Old First Concerts, and Noontime Concerts, among others.

Upcoming this season: E4TT celebrates the release of their debut CD this spring, “Surviving: Women’s Words,” described as “fascinating, “passionate,” and “compelling,” in Examiner.com with appearances at Noontime Concerts, Café Europa (June 2), a premieres concerts at Trinity Chamber Concerts in Berkeley on June 11, 2016, and at the Krakow Jewish Culture Festival in June 2016. Surviving: Women’s Words was funded in part by SFFCM’s Musical Grant Program and a grant from the SF Conservatory of Music; E4TT is honored to be a fiscally-sponsored affiliate of the SFFCM: please consider making a tax-deductible donation at www.sffcm.org (click on “donate to an affiliate” and select “Ensemble”.