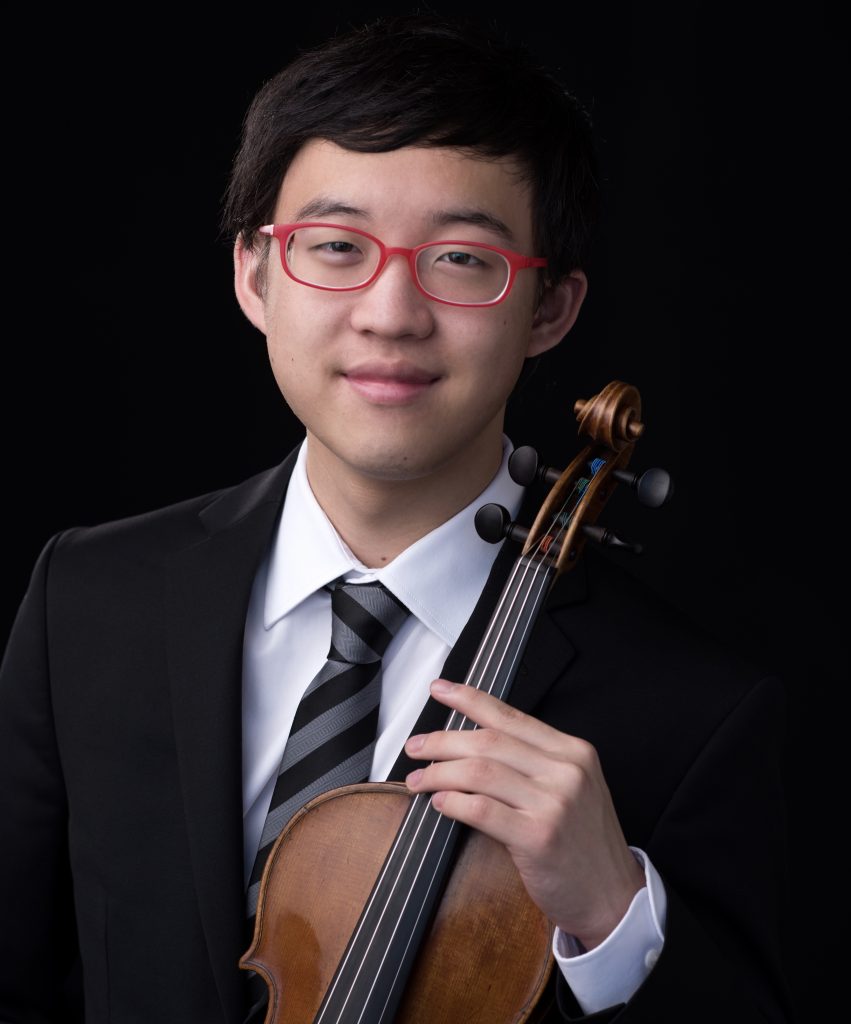 This concert which took place on May 14, 2019, is supported by the Helen von Ammon Fund for Emerging Artists

“Julian Rhee is quickly gaining recognition as an emerging artist and performer, praised for his “sophisticated, assured tone, superb intonation, and the kind of poise and showmanship that thrills audiences.” (The Strad)

Violinist Julian Rhee has been establishing himself as a prominent musician and performer across the United States. The first prize winner of the Johansen International Competition in Washington DC, Julian was also awarded the Pablo Casals Prize for Best Performance of Solo Bach, the Allen R. and Susan E. Weiss Memorial Prize for Best Performance of the Commissioned Work, and the Elaine H. Klein 2nd Prize Award at the Irving M. Klein International String Competition. In January of 2018, Julian was named a Finalist Winner of the 2018 National Young Arts Foundation, and performed at the New World Center in Miami.

Subsequently, Julian appeared at the John F. Kennedy Center as a 2018 Presidential Scholars in the Arts and received his medal at the White House. This past summer, Julian was the recipient of the Dorothy Richard Starling Foundation Scholarship and was named the winner of the 2018 Aspen Music Festival Violin Concerto Competition, where he performed with the Aspen Philharmonic Orchestra at Benedict Music Tent. In addition, Julian was awarded the prestigious Dorothy Delay Fellowship.

Julian shares his passion for music by serving in the local community as an assisting artist and mentor of the Wisconsin Intergenerational Orchestra (WIO), which brings together musicians of all ages and skill levels in a challenging, non-competitive environment. In addition, he regularly speaks and performs at schools and retirement homes in Wisconsin and Illinois, most recently at West Bend High School and North Shore Country Day School as its Susan Marshall Artist.

Julian studied with Almita and Roland Vamos as a scholarship recipient at the Music Institute of Chicago Academy. He is a graduate of Brookfield East High School as Class President and Valedictorian. He is currently pursuing a Bachelor of Music degree with Miriam Fried at the New England Conservatory.