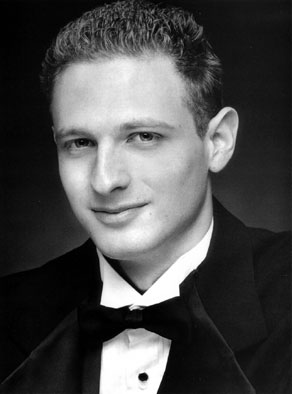 Matthew Weissman’s extensive performance career began at the age of fourteen when he made his Carnegie Weill Hall debut as a winner of the AMSA World Piano Competition. Since earning that first winning title nearly five years after taking his first piano lesson, he has concertized in five countries, performed lecture-recitals in two states and holds eight first-place titles in competitions.

Matthew has received a number of top prizes in competitions throughout the United States, including the Young Pianist Competition of New Jersey and the Queens College Cultural Heritage Competition, and more recently has been a prizewinner in the Los Angeles Liszt Competition and laureate at the 2010 Grieg International Competition in Norway. Other awards include second place in the Baldwin Piano Competition, a semi-finalist in the International Web Concert Hall Competition, and was also selected to represent the United States in the Cervantes Festival in Cuba and the Vladimir Horowitz Competition in Ukraine. He has been honored and received scholarships from the National Foundation for the Advancement of the Arts, is the recipient of an Indiana University Jacob’s School of Music Travel grant as a winner of the 2010 People’s Choice Award and was named Salt Lake City Expositions 2012 Emerging Artist of the Year.

He has received special recognition for his interpretations of contemporary and romantic composers, Frederic Chopin and Franz Liszt. His playing of the latter, has received direct praise from some of the worlds premier Liszt masters and aficionados such as Leslie Howard, Jerome Rose and celebrated Liszt scholar and biographer Alan Walker, who has awarded him the Liszt prize in the 2006 Garrison Piano Competition followed by a invitational performance before Hungarian national leaders at the United Nations.  Matthew is a two-time honorary member of the American Liszt Society and has performed in the Juilliard Evening Division with numerous invitations by Horowitz biographer David Dubal.

He has attended, participated in, and performed at the Aspen, Shandelee, and Tanglewood Music Festivals, and has been featured with the Cammarata Youth Symphony, in the Igor Stravinsky Memorial Concert, the Lillian Fuchs Memorial Chamber Music Concert, and the Tania Leon Contemporary Music Concert among others.  In concerto appearances with orchestra, he has been invited to perform as soloist with the Camerata Youth Orchestra and the America West Symphony under the baton of Roberta Kauffman-Stalzer and Joel Rosenberg.

Alongside some of the worlds great concert stages, he has been seen at various centers, public libraries, and community venues throughout the United States.  His concertizing has not been limited to the former, as his artistry has been featured in many humanitarian projects raising money and awareness for today’s common causes. In the 2000s his talent contributed toward Hurricane Katrina relief, the Save Darfur organization and the Mr. Holland’s Opus Foundation collectively raising well into five figures.

A native New Yorker, Matthew began his studies with Nina Svetlanova and Mark Pakman at the age of fourteen, and continued to study with them as well as chamber music studies with Ruth Laredo at Manhattan School of Music under merit scholarship from both the school and the National Foundation for the Advancement of the Arts (NFAA). He earned his MM under the guidance of German Diez, assistant to the late Claudio Arrau. After completing his PD at Indiana University as a student of Andre Watts he earned his Doctorate working under Dr. Susan Duehlmeier. Dr. Weissman has instructed at four colleges/universities and the Usdan Summer Camp for the Arts. Future projects include a recording on the Navona label.