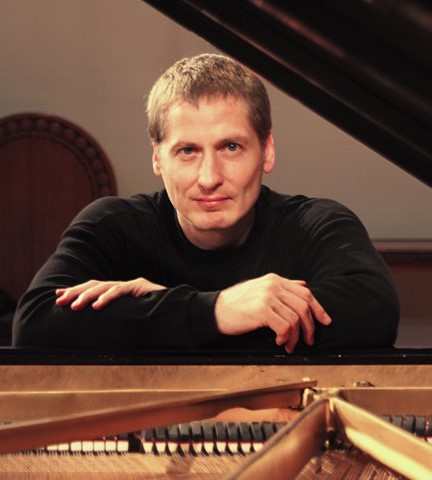 Charles Valentin-Alkan: The Drum Beats in the Fields; The Song of the Madwoman by the Seashore; Aesop’s Feast

Daniel Glover has performed in 42 states and 25 countries throughout Europe, Asia, North America, South America and the Caribbean. Mr. Glover has trained with such luminaries as Eugene List, Abbey Simon, Jerome Lowenthal, Nancy Bachus and Thomas LaRatta. He holds a master’s degree from New York’s Juilliard School, where he was a scholarship student. Among his numerous competition awards is first prize in the prestigious Liederkranz Competition in 1990.

His successful 1992 Carnegie Hall recital in New York was a result of winning the Artist’s International Competition. Mr. Glover also appeared in Washington, D.C.’s Corcoran Gallery and at the St. Petersburg Palaces Festival in Russia. With a repertoire of over fifty-five concerti and other works for piano and orchestra, Mr. Glover has appeared regularly with eighteen Bay Area orchestras, as well as numerous orchestras nationally and internationally.