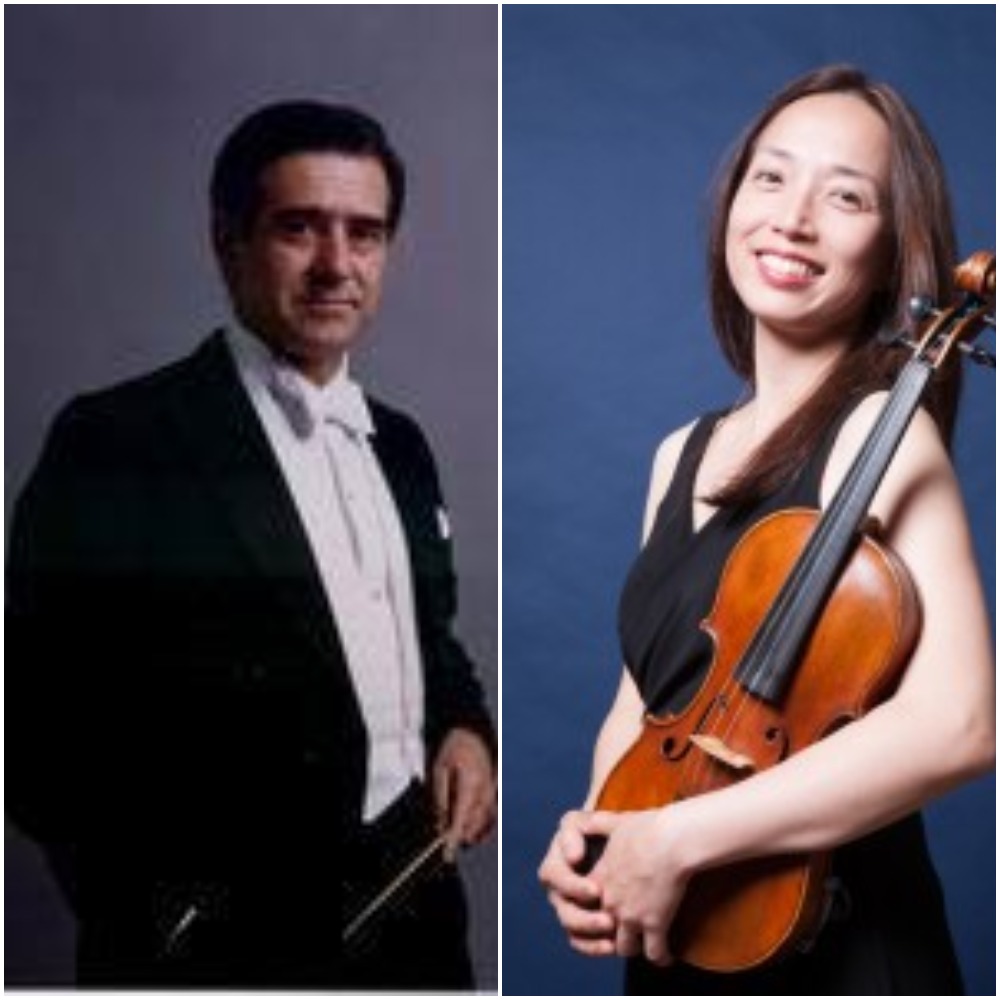 You can hardly beat a program of two magnificent Beethoven sonatas for violin and piano duo which depict contrasting natures of the master.  Along with sonata no. 8, these sonatas (nos. 6 and 7) comprise Opus 30 composed between 1801 and 1802 and dedicated to Tsar Alexander I of Russia.

The former sonata depicts Beethoven’s gift for lyric beauty and tenderness.  The latter typifies Beethoven’s sense of drama and heroic conquest associated with compositions that he wrote in C minor tonality.  Both are virtuosic with highly expressive slow movements (adagios).  This is vintage music belonging to Beethoven’s middle period known as  Sturm und Drang (“Storm and Stress”) in which many movements in a composition are generated and permeated by a single melodic or rhythmic motive.

An active performer, violinist Christina Mok has become a familiar figure in the classical music scene in Northern California. She devotes herself equally to solo performance, chamber recitals, and orchestral leading.

Ms. Mok is the Concertmaster of the Stockton Symphony and the Monterey Symphony and the Associate Concertmaster of Symphony Silicon Valley. She continues to appear as a guest concertmaster in many of the orchestras of Northern California. She has played with many British Orchestras, such as the Royal Philharmonic, the Royal Ballet Sinfonia, the Philharmonia Orchestra, and the Bournemouth Symphony. She has played in the Evian Festival, the Proms, Mainly Mozart Festival and Midsummer Mozart Festival.

Max Bragado-Darman, piano, has served as the Music Director and Conductor of the Monterey Symphony since July 2004. Before this, he was Artistic Director and Conductor of the Symphony orchestra of Castile and León in Valladolid, Spain, for nine years. From its formation in 1991, he built it into one of the most prestigious orchestras in Spain. He also has been Music Director of the Louisville Orchestra, the Philharmonic of Grand Canary, the Concerto Grosso Orchestra of Frankfurt and the Classic Chamber Orchestra of New York.