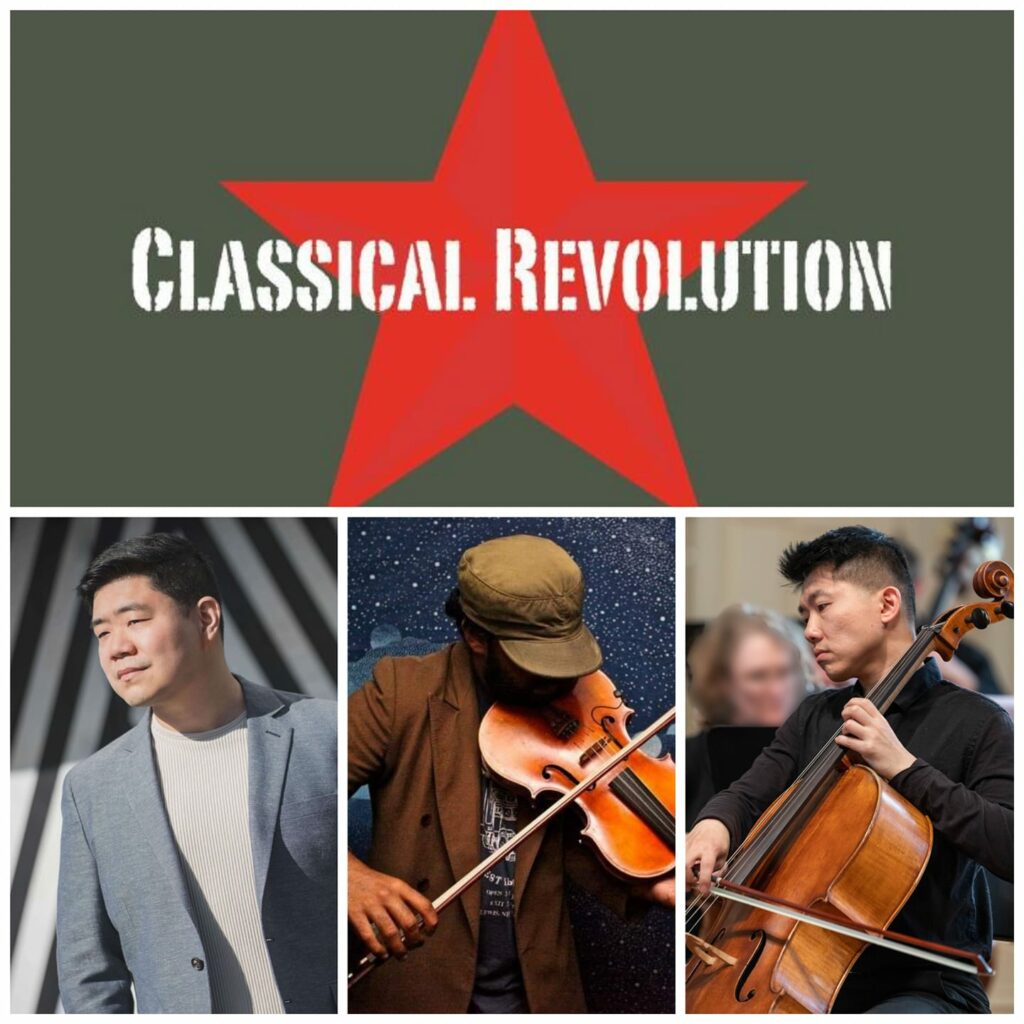 Charith is proficient on violin, viola, and guitar, having played all 3 instruments since an early age – more recent pursuits include arranging, conducting, and arts administration.
Experience gained in leading the Classical Revolution has led to a keen interest in fostering a vibrant network of musicians, which Charith draws from in contracting dozens of weddings and private events each year, as well as major concert appearances with performers such as Foreigner, Evanescence, Third Eye Blind, Lindsey Stirling, and The Irish Tenors.

Since moving to San Francisco, Charith has been very involved in performing music by living composers, especially those living in the Bay Area. Further interest has been in creating opportunities to collaborate with musicians of various genres. The Bay Area is very rich with diverse culture, and the music scene is teeming with excellent musicians from every genre imaginable. To this end, Charith conceived and birthed the organization Undercover Presents, which brings musicians from various genres together under the umbrella of a single iconic album, with each track on the album performed by musicians representing different musical styles.
Similarly, Charith helped spearhead and named the Awesöme Orchestra, the Bay Area’s most adventurous community orchestra.

Charith maintains an active performance schedule which takes him to cities around the US and abroad.

Sung Choi, cello began his cello studies in South Korea. He enjoys mentoring young students, fondly remembering his mentors and their impact on him during his formative years. His past and current musical mentors include Jean-Michel Fonteneau, Robert Howard, Yoshikazu Nagai, and many more. He has participated in master classes led by the Tokyo String Quartet, Guarneri Quartet, and Orion String Quartet.

When not teaching, Sung enjoys playing a wide range of chamber and orchestral music. Since 2017, he has been the principal cellist and a mentor of Cambrian Symphony in San Jose.

Pianist Jonathan Lee has thrilled audiences throughout the United States in venues including Symphony Hall in Boston, Abravanel Hall in Salt Lake City, Benaroya Hall in Seattle, and Shalin Liu Performance Center in Rockport, Massachusetts, and has performed as soloist with the Fort Worth Symphony, Boston Pops Orchestra, and Utah Symphony.

In recent years, Mr. Lee has developed an interest in chamber music and formed the Alden Trio in 2013, performing throughout the Bay Area in concert series including Berkeley Hillside Club, Neighborhood Performance Project, and Berkeley Arts Festival.

In addition to his music interests, Mr. Lee pursued a Master’s degree in computer science at the Massachusetts Institute of Technology, and currently enjoys a career in software. A new job took him from Cambridge to San Francisco where his passion for music was rekindled by the weekly Classical Revolution chamber jams in San Francisco’s Mission district.

Combining his interests in music and technology, Jon wrote MusicPodium, an app for iPad, to make piano score reading more portable. He continues to explore projects to advocate and share his enthusiasm for classical music.

Mr. Lee currently studies privately with Professor Yoshikazu Nagai, chair of the piano department at the San Francisco Conservatory of Music, and visiting professor of piano at Peabody Conservatory.