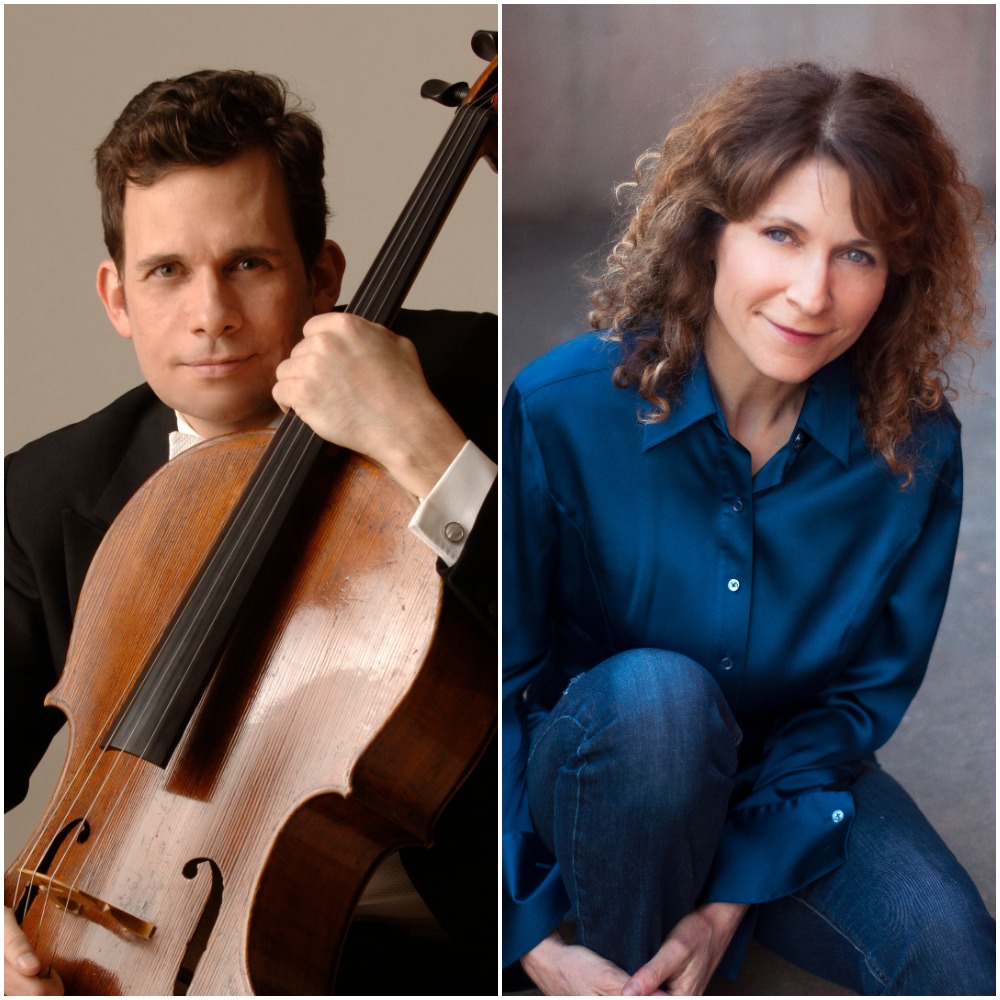 Critics have described American cellist Brinton Averil Smith as a “virtuoso cellist with few equals,” hailing him“a proponent of old-school string playing such as that of Piatigorsky and Heifetz” Smith’s debut recording of Miklós Rózsa’s Cello Concerto with the New Zealand Symphony Orchestra received widespread international critical acclaim, with Gramophone praising Smith as a “hugely eloquent, impassioned soloist,” and continuing “The sheer bravura of Smith’s reading is infectious.” His recording of chamber music of  Fauré with Gil Shaham  was selected as one of BBC Music magazine’s best albums of the year and the American Record Guide praised their performance as “Stunningly beautiful,” continuing “I cannot imagine a better stylistic match for Shaham.” Mr. Smith’s upcoming recording of Mario Castelnuovo-Tedesco’s Cello Concerto and virtuoso arrangements for cello and piano will be released on Naxos this June.

Mr. Smith’s North American engagements have included performances at Carnegie Hall, Lincoln Center, and recital and concerto engagements throughout the country, while his broadcast performances include CBS’s Sunday Morning and regular appearances on NPR’s Performance Today and Symphonycast. Mr. Smith has appeared regularly as a soloist with the Houston Symphony since joining the orchestra as principal cellist in 2005. Prior to this, he was the first musician chosen by Lorin Maazel to join the New York Philharmonic and the principal cellist of the San Diego and Fort Worth Symphony Orchestras.  His live concert performances on youtube have been viewed nearly a million times, including over two hundred and fifty thousand views of a live encore of Paganini’s 24th Caprice. Devoted to expanding the cello repertoire, Mr. Smith performs a wide variety of violin, piano, and vocal transcriptions and gave the North American premiers of rediscovered cello works of Jean Sibelius and Alexander Zemlinsky and the world premiere of Castelnuovo-Tedesco’s 1951 Sonata for violin and cello. Mr. Smith also recently gave the first professional performance, recorded live for release on Naxos, of Castelnuovo-Tedesco’s cello concerto since its 1935 premiere with Arturo Toscanini and Gregor Piatigorsky.

The son of a mathematician and a pianist, Brinton Averil Smith was admitted to Arizona State University at age 10, where he took courses in mathematics and German and, at age 17, completed a B.A. in mathematics. He then became a student of Eleonore Schoenfeld at the University of Southern California, where he was also a teaching assistant in the mathematics department, and completed work for an M.A. in mathematics at age 19. He subsequently studied with the renowned cellist Zara Nelsova at The Juilliard School. While there he was a prize winner in several consecutive Juilliard concerto competitions and the Leonard Rose International Cello Competition and received a Doctor of Musical Arts degree, writing on the playing of Emanuel Feuermann. Mr. Smith resides in Houston with his wife, the pianist Evelyn Chen, their daughter, Calista and two slightly evil but kind-hearted dogs.

A passion for learning led American pianist Kirsten Smith to begin part-time studies at Arizona State University at the age of thirteen, studying sociobiology, history and foreign languages.  She completed her undergraduate and graduate degrees in piano performance there, studying with pianist Steven De Groote, Gold Medalist of the Van Cliburn International Piano Competition. A winner of multiple competitions herself, Ms. Smith has been the recipient of awards, scholarships, and invitations to music festivals including the Aspen Music Festival, Interlochen Center for the Arts and the Van Cliburn Institute. She has been chosen to premiere numerous new works from contemporary composers and has recorded several times for the Centaur label. In addition to the solo repertoire, Ms. Smith is devoted to the performance of collaborative works and is a passionate teacher who believes deeply in the importance of discovering and sharing musical knowledge. Ms. Smith has been on the faculty of Sacramento State University since 1996, where she teaches piano, music theory, aural skills, collaborative piano and piano pedagogy. In demand as a lecturer, adjudicator, and columnist, Ms. Smith was awarded a prestigious Pedagogy Enhancement Award to develop a graduate-level pedagogy program at CSUS. Raised in a musical family, she began formal lessons with her mother at age four and had already begun teaching piano by age thirteen. Ms. Smith resides in Sacramento, where she divides her time between university teaching, performing, and a thriving private studio.