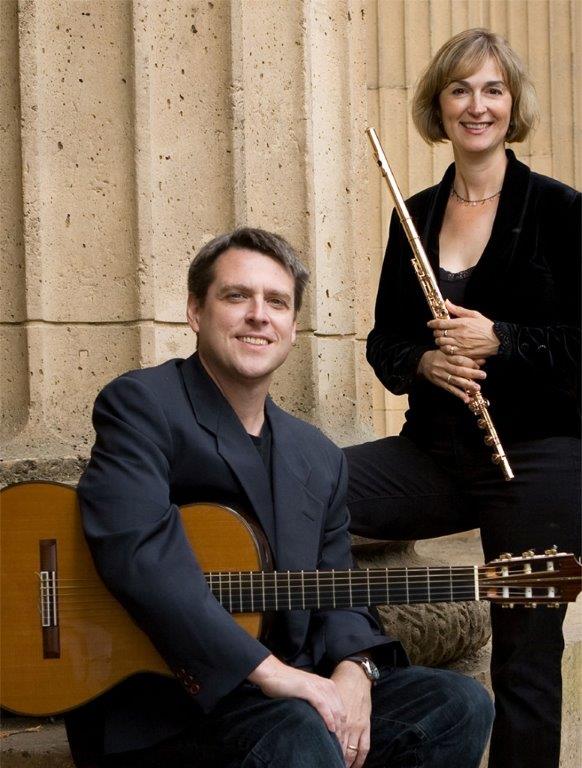 Bradetich/Grove: Seasons of the Northwest

Flutist Rhonda Bradetich lives in the San Francisco Bay Area where she substitutes with the San Francisco Symphony as well as other ensembles. In 2009, she was the solo piccoloist for the Honolulu Symphony and the Hawaii Opera Theater.  In 2012, she received a Fellowship Award from the Idaho Commission on the Arts. She was able to use this for a tour of Southeast Asia and to attend a conference in Java where she was a US Delegate for the Conference for Asian Cultural Arts Promotion. She also spent time in Solo, Java and Ubud, Bali studying gamelan music. In 1994, she was chosen as a featured soloist for the Idaho Governor’s Awards in the Arts. She currently performs with Music at the Mission: Chamber Music Outside the Box. She is also on the board of that organization. Ms. Bradetich has premiered many works by new composers, appearing at the Northwest Bach Festival, and in the Zephyr Chamber Music Series in Spokane, Washington. She has performed with the Adorno Ensemble, contemporary Ensemble in Residence at San Francisco State University.  In 1993, she was chosen as the winner of the Northwest Young Artist Competition. She has performed regularly with the Orquestra de Monterrey, Mexico, Symphony Silicon Valley, the Boise Philharmonic, and the Sun Valley Summer Symphony. With the Festival at Sandpoint, she has frequently been a soloist with the Spokane Symphony and appeared in chamber concerts, also studying with Pulitzer Prize-winner Gunther Schuller. Ms. Bradetich is very interested in education and served as Adjunct Professor of flute at North Idaho College from 1995-2006, and flute instructor for the Lionel Hampton School of Music Summer Program at the University of Idaho. She has coached the San Francisco Youth Orchestra as well. She has toured extensively in residencies around the United States with guitarist Paul Grove, the Bradetich-Grove Duo. This included a 2-week tour of Montana where she worked with children from many Native American cultures. As a recording artist, she has released several recordings on the Goldenflute label; Reflections, Mosaic, and most recently, the Church Sessions.

Dr. Paul Grove, guitar, was born in Philadelphia and at the age of fifteen, he was sponsored by the Musical Fund Society of Philadelphia and the Philadelphia Rotary to attend the Peabody Conservatory of Music while still in high school.  Among other awards, he was the first guitarist to win the Peabody Concours Competition. Following his work at Peabody, he studied with the renowned pedagogue Aaron Shearer at the North Carolina School of the Arts.  In North Carolina, he participated in editing Dr. Shearer’s series of pedagogical books, Learning the Classic Guitar.  There he also became the first recipient in the United States of the master’s degree of Pedagogy and Performance. In 1991 he was the first guitarist to receive the Graduate College Fellowship at the University of Arizona.  In Arizona, he won prizes in several national and international competitions including the Guitar Foundation of America competition, the Ponce competition, the Great Lakes competition, the Stotsenberg International competition, and the Norman Sholin Memorial competition.  He also received a Jacob Javits research grant to pursue a Ph.D. in Russian music. He has spent time in Brazil, researching and performing works by Brazilian composers. Dr. Grove has performed in several national music festivals including the Eastern Music Festival, the Guitar Northwest Festival, and the second Guitar Congress.  He has been a featured soloist with the North Idaho Symphony, The Westminster Chamber Orchestra, Allegro: Baroque and Beyond, and the Gonzaga Symphony Orchestra. He teaches guitar on the faculties of  North Idaho College, Gonzaga University and Whitworth College in Spokane, Washington.