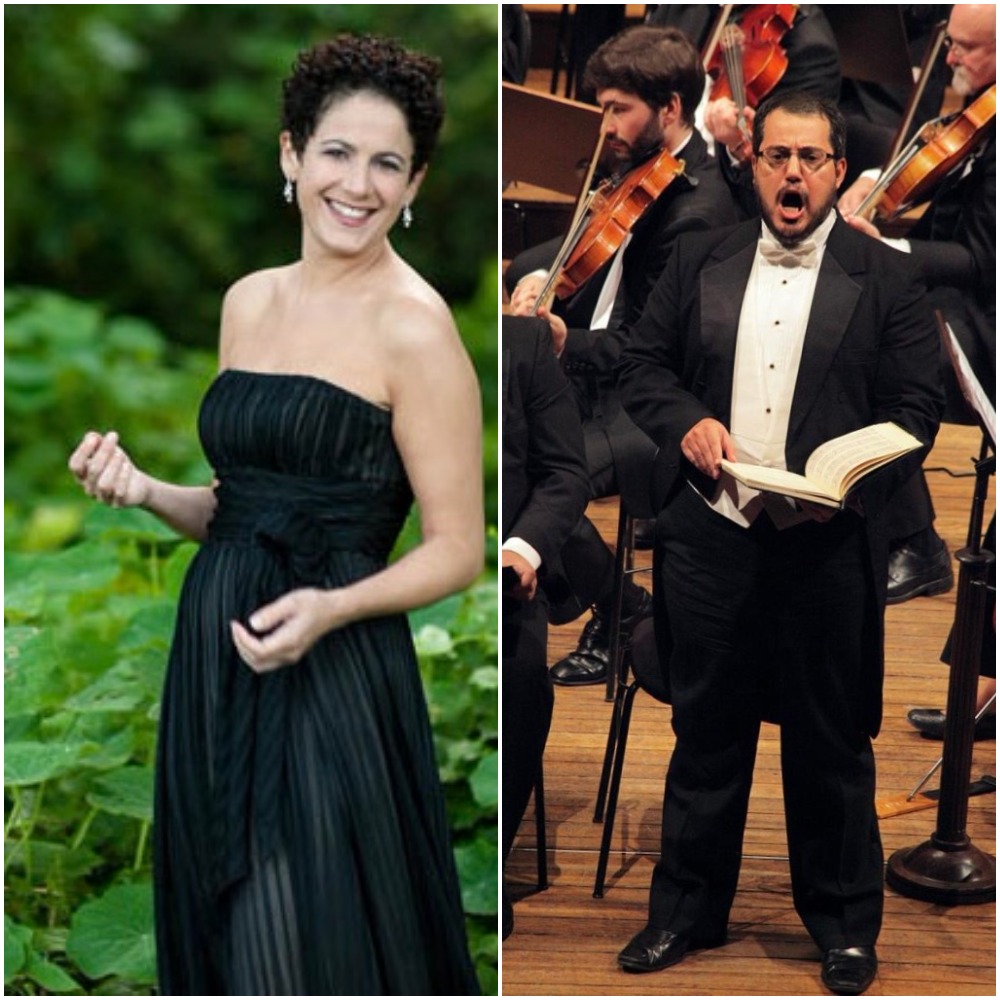 Soprano Ann Moss is an acclaimed recording artist and champion of contemporary vocal music who performs and collaborates with a dynamic array of living composers and chamber ensembles. Her high, silvery, flexible voice has been singled out by Opera News for “beautifully pure floated high notes” and by San Francisco Classical Voice for “powerful expression” and “exquisite phrasing.” Mike Telin of Cleveland Classical writes, her “long fluid lines are exquisite.” In addition to working closely with well-known composers such as Jake Heggie, Kaija Saariaho, John Harbison, and Aaron Jay Kernis, Ann seeks out and performs music by emerging voices at forums and festivals across the USA.

Hailed by Opera News Magazine as “superb,” and “show-stealing,” and as “a triumph” by the San Francisco Chronicle, baritone Igor Vieira made his professional debut in his native Rio de Janeiro at age 17 singing the role of  Dancaïre in Bizet’s Carmen.

In 2010, Mr. Vieira had the honor of making his San Francisco Opera debut in the role of Happy in Puccini’s La Fanciulla del West. In the Fall of 2011, Mr. Vieira was invited back to that stage in the role of Gubetta in Donizetti’s Lucrezia Borgia with Renee Fleming in the title role. This production was later released on DVD by the Euroarts Label to critical acclaim.

Mr. Vieira is a world finalist of the 1995 Luciano Pavarotti Voice Competition in Philadelphia, a recipient of the Margareth Tudor Award (Princeton) for two consecutive years and the Kaplan Foundation Award (Kansas City) for outstanding artistry. He was also awarded Second Place on the East Bay Opera League Voice Competition in 2006 and was a semi-finalist of the Competizione d’Opera in Dresden – Germany in 2008.

In the concert and oratorio fields, Mr. Vieira has performed the baritone solo part in Orff’s Carmina Burana with the National Symphony in Bogotá (Colombia,) the Marin and the Merced Symphonies in California (USA) as well as the Amazonas Philharmonic in Manaus (Brazil.) He has also performed Mozart’s Requiem with the Silicon Valley Symphony, Mozart’s Grand Mass in C minor and Saint-Saens’s Christmas Oratorio with the MasterWorks Chorale in San Mateo – California, the Durufle’s Requiem with the Berkeley Community Chorus and Orchestra and the Marin Symphony, as well as Brahms’s Ein Deutsches Requiem with the Napa Valley Symphony.  In Brazil, Mr. Vieira sang Beethoven’s Ninth Symphony with the Guarulhos Youth Symphony, the Orquestra Sinfonica Brasileira, the Campinas Symphony Orchestra and with the Brazilian National Symphony, as well as Villa-Lobos’ 10th Symphony in the 95th-anniversary celebration of the Theatro Municipal of Rio de Janeiro.

Recently Mr. Vieira toured Europe singing the soloist parts in Mozart’s Grand Mass in C minor in Hungary and Slovakia as well as the Dvorak’s Requiem at the world-famous Dvorak’s Hall in Prague – Czech Republic. He has also made his San Francisco Symphony debut at Davies Concert Hall singing the baritone solo in Orff’s Carmina Burana under Ragnar Bohlin and his Kennedy Center debut, singing the baritone solo in Walton’s Belshazzar’s Feast with the Washington Chorus and Orchestra under Christopher Bell.

Mr. Vieira holds a Bachelor of Arts Degree in Music from the prestigious Westminster Choir College in Princeton – New Jersey, and a Master’s Degree in Voice Performance from the University of Missouri-Kansas City.

Karen Rosenak served as pianist and founding member of new music ensembles San Francisco-based Earplay, the Empyrean Ensemble at UC Davis, and performed with other Bay Area new music ensembles as well, including Left Coast and the San Francisco Contemporary Music Players. Retired from full-time teaching, but currently administering piano instruction part-time at UC Berkeley, she has continued to maintain an active performance schedule. Recent performances include West Edge’s Snapshot in Berkeley and San Francisco, and a presentation on the Clementi fortepiano in the DeBellis Collection at San Francisco State University. She performed a Haydn piano concerto with the New Esterhazy Quartet in March and coaches fortepiano in conjunction with their summer classical music workshop offered through SFEMS (San Francisco Early Music Society). Highlights of the 2017-18 season are an all Brahms concert at the Freight and Salvage along-side violist Ben Simon and contralto Karen Clark, Kurt Rhode’s “Death and a Knight’ with the Left Coast Chamber Ensemble, as well as recitals with Soprano Ann Moss and Baritone Igor Vieira.