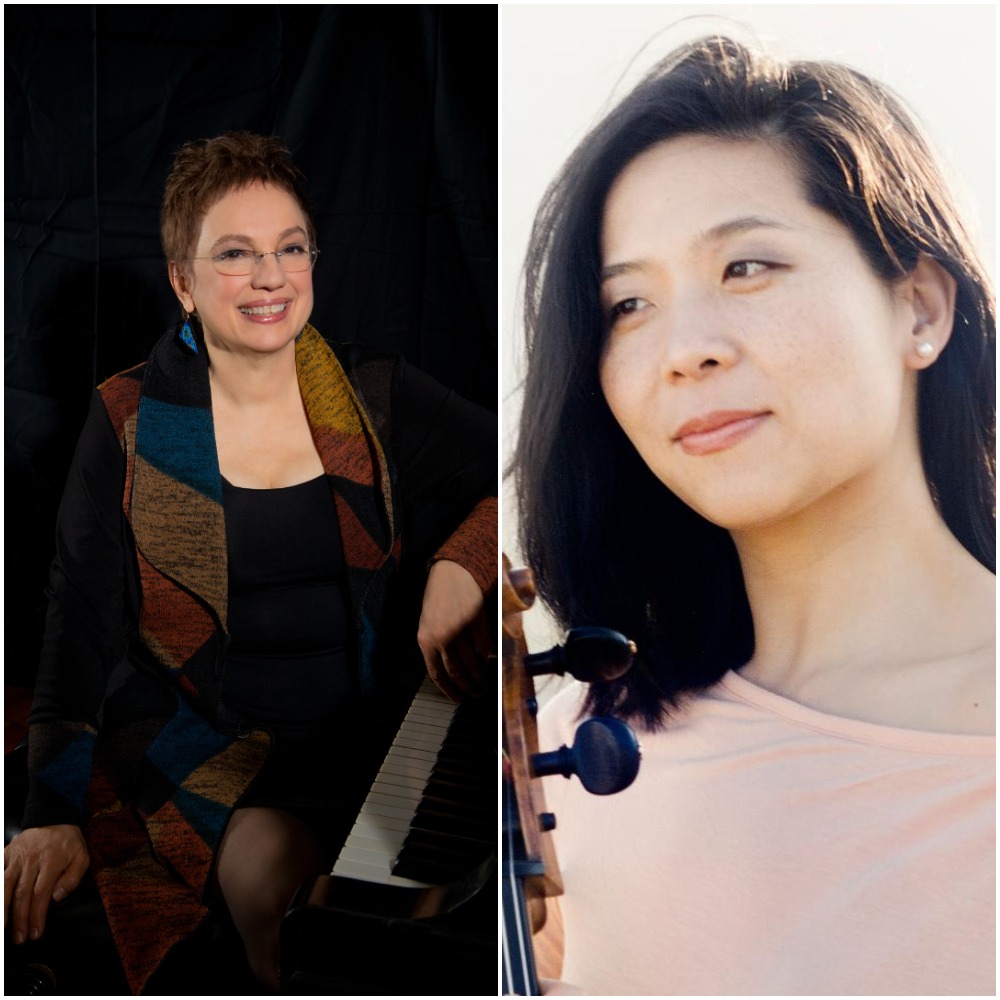 Using music to foster peace and goodwill, Angela Lee has made numerous humanitarian trips to the Republic of the Philippines and the former Yugoslavia. While on a U.N.-sanctioned tour of six war-torn cities throughout Bosnia-Herzegovina, she performed for NATO troops and displaced civilians. Ms. Lee serves on the San Francisco Symphony Youth Orchestra Alumni Association Leadership Council and on the Board of Directors of The Resonance Project, which promotes live music in mediation settings and international conflict resolution. As a founding member of The Lee Trio, Angela Lee traveled to Ukraine in 2010 and to Romania in 2017 to work and perform for underprivileged children. Her 1762 cello is made by Nicolo Gagliano from Naples.

An accomplished soloist and chamber musician, EVELYNE LUEST has been hailed in the San Francisco Examiner as a “virtuoso pianist sailing through complex demands … impressive piano technique” and in Fanfare Magazine for her “fine musicianship. Luest finds the right amount of emotion, at times allowing the music to speak so powerfully for itself”. She has performed and toured in Europe, South America, Asia, and the USA. She has won several competitions including the Artists International Competition in New York as a soloist, as well as many awards with the Contrasts Quartet. Ms. Luest has performed as a soloist at Carnegie Hall, the Spoleto Festival of Two Worlds in Italy, and on NPR’s St. Paul Sunday. Her many collaborations include such noted musicians as cellist Truls Mork, flutist Emmanuel Pahud, cellist Joshua Roman, the Lark Quartet, and the Daedalus String Quartet.  Her performances include festivals and concert venues in Norway, France, Japan, Spain, Switzerland, Venezuela, Canada, and the US. Ms. Luest’s long list of premieres includes compositions by Ned Rorem, Joan Tower, Aaron Jay Kernis, and Lisa Bielawa. She studied with Gilbert Kalish at SUNY/StonyBrook, where she received an M.M. and D.M.A. in piano performances.