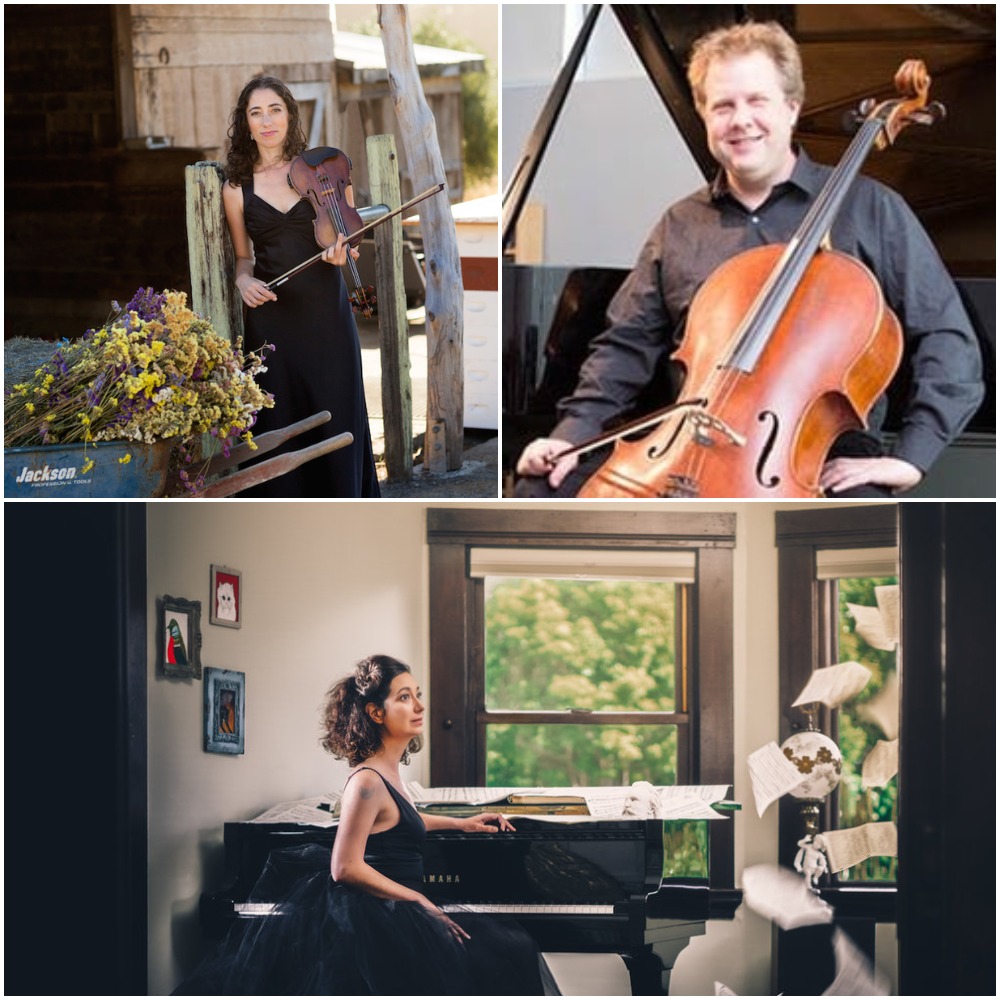 Violinist and composer Alisa Rose is a modern musician who easily navigates between many musical styles. With roots in classical music as well as the rich American musical tradition, she attracts attention for her expressive lyrical voice on the violin. She is a member of the classical RossoRose Duo, Funk based Supermule, bluegrass explorers Scroggins & Rose, and extreme fiddle duo Swift Rose.

Alisa Rose has performed with a wide range of artists including the Real Vocal String Quartet, 2008 Rockygrass winners 49 Special, and Grammy-nominated Quartet San Francisco. Alisa performed and taught throughout Eastern Europe as an Ambassador of the State Department, and has performed at Carnegie Hall, NPR’s Weekend Edition, the historic Carter Family Fold festival, TEDx Alcatraz with Bob Weir, Song of the Mountains on PBS, as well as numerous international tours.

In recent years Alisa premiered Richard Marriott’s Concerto at Dartmouth College and premiered her own “Piano Trio for Luisa” as part of the Trinity Arts Chamber Music Festival. As a composer, she utilized American folk techniques in conjunction with classical concert forms.  This style can be heard on her album of cross-genre virtuoso works for solo violin entitled Fiddle Caprices and Pizzicato Pieces.  Other recent compositions “Nocturne for America” for RossoRose Duo, and “Six Solo Cello Suites for Wilmington,” written with Swift Rose tell stories of our time.

Alisa teaches privately as well as at the San Francisco Conservatory of Music, where she received her B.M. and  M.M.  in Chamber Music studying with Camilla Wicks and Bettina Mussumeli.

Amy Zanrosso, a powerful and dynamic musician, has worked within a wide range of musical genres –classical, contemporary, musical theatre, German cabaret, and tango. Much in demand as a collaborator, and a chamber musician at heart, Amy has shared the stage with principal members of the Montréal Symphony Orchestra, St. Petersburg Orchestra, Houston Symphony, Orquestra Filarmônica de Minas Gerais, Minnesota Orchestra, San Francisco Symphony, San Francisco Opera and the San Francisco Ballet. In her years in Montréal, she specialized in repertoire for cello and piano and was invited to play for numerous masterclasses led by internationally acclaimed pedagogues and performers such as Philippe Muller, Pieter Wispelwey, Matt Haimovitz, Peter Wiley and Paul Katz.

Amy’s love for string and piano chamber music has not stopped her from exploring other repertoire and ensemble playing. She has appeared as soloist with the Symphony of the Kootenays and the Russian Chamber Orchestra and she also worked from behind the piano with Gustavo Dudamel for chorus rehearsals of Beethoven’s 9th Symphony. She went on tour to China with the GRAMMY award-winning Pacific Boychoir and was also the pianist for Chorissima – the five-time GRAMMY award-winning San Francisco Girl’s Chorus Premier Ensemble throughout the 2017-18 season.

Amy is currently based in Oakland, California, and is a faculty member at the Pre-College of the San Francisco Conservatory of Music coaching chamber music and piano ensembles. As well as freelancing in the Bay Area, she is part of three local ensembles – The iO Piano Quartet, RossoRose Duo, The Eos Ensemble and The Mana Trio. She is steadily realizing her plan of learning and performing all existing piano chamber music and when not practicing Beethoven or Brahms, Amy can be found hanging out with her husband and dog or riding her bike to rehearsals.