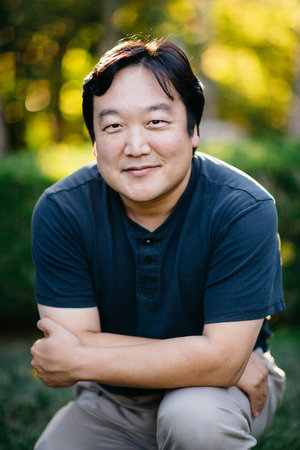 American pianist Albert Kim has enthralled audiences in the United States, Europe, and Asia with his poetic and visceral readings of the solo and chamber repertory. Born to South Korean parents, Mr. Kim made his public debut at the age of ten when he substituted for an ailing Vladimir Horowitz to inaugurate the 500,000th Steinway piano at Carnegie Hall. He made his solo recital debuts in the U.S. and Europe as a Carnegie Hall/European Concert Hall Organization Rising Star, followed by recitals at Ravinia, Caramoor and the Metropolitan Museum of Art as a member of the former Kim-Jacobsen-Arron Trio. He has appeared with the Orpheus Chamber Orchestra, Hartford Symphony, Virginia Symphony, Orquesta Sinfonica de Tenerife, Eastman Philharmonia, Ensemble Signal and the Greater Boston Youth Symphony Orchestra, and premiered or recorded works by Ellen Taaffe Zwilich, Hilary Tann and Robert Bradshaw. He maintains an active schedule as an arranger, with his solo paraphrase of Ravel’s La Valse and chamber adaptation of Strauss’s Salome receiving recent premieres. He is the pianist of The Tabletop Opera, a multimedia performance collective based in Rochester, New York.

Mr. Kim holds degrees from Harvard University and the Eastman School of Music, where he completed his doctorate with Natalya Antonova. He pursued his formative studies with Solomon Mikowsky at the Manhattan School of Music Preparatory Division. He teaches and performs actively throughout the U.S. and China, with recent or upcoming engagements at the Dakota Sky International Piano Festival, Yellow Springs Piano Fest, Castleman Quartet Program, Neskowin Chamber Music, Oregon Music Teachers Association, Dongfang Arts School and Texas State University. Currently Assistant Professor of Music at Linfield College, he begins his new appointment as Assistant Professor of Piano at the University of Central Missouri in fall 2017.